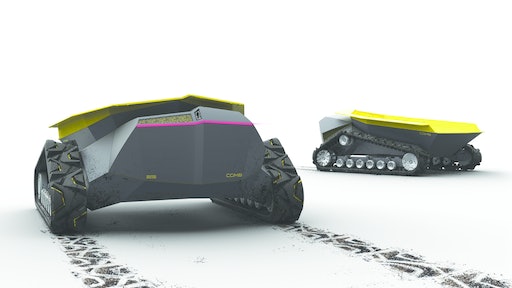 COMB is a dump truck for the construction industry with a revolutionary new architecture. The combination of an autonomous GPS control system and an innovative tray-changing technique allows a new work process which substantially improves the dump truck’s efficiency.

The operational procedure of a conventional dump truck is very inefficient. The dump truck sits idle while the excavator loads it, and while the truck transports the load, the excavator sits idle. This system causes massive time loss. A more efficient workflow would not involve the idle periods.

COMB is a dump truck equipped with tray-changing technology that works completely independently using an autonomous GPS control system. The efficiency of ants was the main inspiration.

In addition, COMB is able to unload its trays onto a six-wheeler truck and to stack them, which can make transport more efficient.