Pailton Engineering evaluates the implementation of microfactories versus gigafactories for electric vehicle manufacturing. 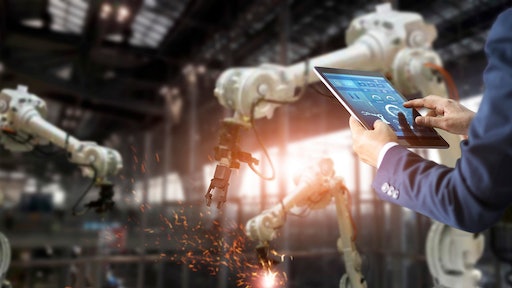 Microfactories offer the opportunity to produce electric vehicles at a price point competitive with those powered by internal combustion engines.
Pailton Engineering

The competition to electrify vehicles is not simply the competition between rival manufacturers. What is now at stake is a competition between two rival, diametrically opposed manufacturing methods. While many persist with the mantra of bigger is better, others are heading in the opposite direction. Here, Roger Brereton, head of sales at steering system specialist Pailton Engineering, investigates the pros and cons of the microfactory.

The traditional assembly line has dominated manufacturing for decades. So too has the idea that bigger is better. Economies of scale can be achieved through larger and larger production facilities.

That way of thinking lies behind the emergence of gigafactories – enormous manufacturing facilities that can produce the batteries and vehicles that will move humanity toward greener transportation.

The phrase gigafactory was first used by Tesla CEO Elon Musk in 2013. Situated in the Nevada desert, Tesla expects its original gigafactory to be the largest building in the world once completed. However, 6 years after the beginning of construction, the plant is still only 30% complete.

Is there an alternative to the traditional assembly method of production and economies of scale through ever increasing manufacturing footprints? For advocates of the microfactory concept, the answer is a resounding yes.

The phrase microfactory was coined in 1990 by the Mechanical Engineering Laboratory of Japan. It captures the idea of a smaller manufacturing footprint, employing cell-based manufacturing and higher levels of automation, to deliver more innovative and customizable designs.

A major champion of this approach has been the Phoenix-based company Local Motors, which produced the world’s first 3D-printed car in 2014. More recently, it is British start-up Arrival that is spearheading the concept. Having recently emerged from stealth mode, the company listed on the New York stock exchange for a whopping $5.4 billion.

Arrival is focusing on buses and commercial vehicles. It has secured investment from Honda, Kia and UPS. The latter has a standing order for 10,000 electric vans, which will be manufactured at Arrival’s first microfactory in Banbury, Oxfordshire. A second microfactory in South Carolina will focus on buses.

These manufacturing facilities are a stark contrast to the colossal structures that many of the world’s leading vehicle manufacturers are investing in. While Tesla’s Nevada gigafactory already boasts a footprint of 1.9 million sq. ft. with over 5.3 million sq. ft. of operational space across multiple floors, an Arrival microfactory can be deployed into a standard 200,000 sq. ft. warehouse.

Sizing up the competition

The bold contention behind this approach is that the microfactory will allow Arrival to produce electric commercial vehicles at a price point that is competitive with those powered by internal combustion engines (ICE). The starting point for this argument is the lower capital costs required for the microfactory.

As a gigafactory is both enormous and purpose-built, it takes many years and significant capital expenditure. The microfactory takes just 6 months to be up and running and it can be established in a generic warehouse.

Through using their own proprietary composite material, Arrival has also removed the need for painting and stamping – both activities which traditionally occupy significant factory floorspace.

Finally, advocates of microfactories promise to deliver significant savings in outbound logistics. Rather than having one central factory, having hundreds of smaller factories deployed in proximity to the markets they are providing for means the product is closer to the customer.  While this all sounds good in theory, it is yet to be demonstrated in practice. The proof will be in the pudding, as the saying goes.

One major challenge will be inbound logistics. Having more factories means shipping components and materials to more locations. That is one reason why the company is heavily focused on vertical integration – Arrival has its own chassis, powertrain, body and electronic controls. For its commercial vehicle, 60% of the parts are vertically integrated, according to chief of procurement, Tracey Yi.

While that figure might be high, it still leaves 40% of the vehicle parts to be delivered by parts suppliers. If those parts need to reach factories located in dozens or perhaps hundreds of locations, then you risk any savings on outbound logistics being cancelled out. In any case, even if 100% vertical integration could be achieved, you are still having to move components and materials to multiple locations for assembly.

Flexibilty through a smaller footprint

The cell-based manufacturing of the microfactory is geared toward flexibility and innovation. Each cell is a cluster of robotic arms, with the manufactured product moving its way from one cell to another via an automated robotic vehicle. Arrival is employing standard robots but building its own sophisticated software to improve this process.

In a traditional assembly line, the production process is linear. In the microfactory, the product can visit the different cells in any order, perhaps even returning to the same cell. If a new cell needs to be added for greater customization, this is possible without halting or disrupting production.

It is no coincidence that Arrival has chosen to focus on commercial vehicles and buses, where the need for design flexibility is greater given the different demands placed on these vehicles. The company has recognized that for these sectors, a one-size-fits-all approach is less effective and is positioning itself accordingly.

We are reaching a critical point in the road toward vehicle electrification. What is making this story so fascinating is that the key original equipment manufacturers (OEMs) in this unfolding narrative are placing their bets on diametrically opposing approaches to manufacturing. There are some bold bets being placed and it is probably too soon to call the likely winners in this race. From humanity’s point of view, it can only be a good thing that we haven’t put all our eggs in one basket.

This article was written and contributed by Roger Brereton, head of sales at Pailton Engineering.