Kondex announces it will be expanding its Wisconsin facility to meet the increased demand for products. 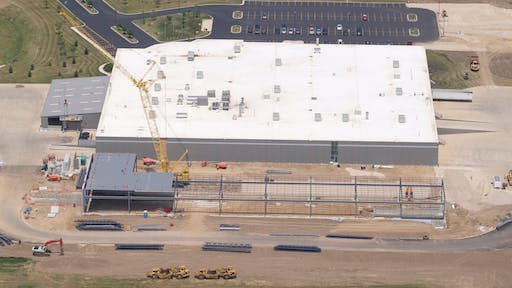 Kondex Corporation has announced a major plant expansion in its Lomira, WI facility in response to increased demand for current products and to position the company to take advantage of new product opportunities. The plant expansion will add approximately 58,000 square feet to the current facility, increasing the manufacturing footprint by 50%.

Site preparation began on May 23, 2011 with full occupancy expected in December. The current land and facility was planned and built with future expansion in mind that has enabled this aggressive occupancy schedule. Kondex expects to add manufacturing and office positions in order to absorb the increased workload.

As part of this multi-million dollar expansion project, improvements are being made to current operations, both to expand manufacturing capabilities and to improve process efficiencies. Expansion and operational improvements will allow Kondex to satisfy the growing needs of its customers around the world.

“We’re very pleased to be in a position to expand our facility and our capabilities. Even more so, we are passionate about continually improving our ability to deliver products and services that help our customers feed and fuel the world. We are also excited to be making a positive impact on Lomira and the surrounding area” says Jim Wessing, Kondex president.