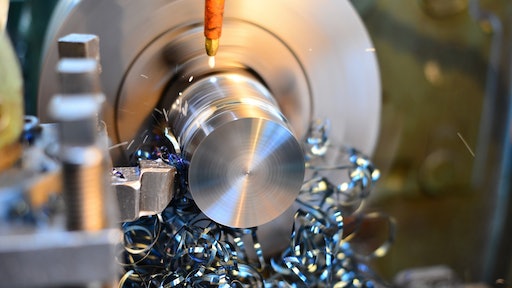 Metalforming companies are more optimistic for improved business conditions during the next 3 months, but continue to report longer lead times for steel and other materials, according to the March 2021 Precision Metalforming Association (PMA) Business Conditions Report. Prepared monthly, the report provides an economic indicator for manufacturing, sampling 112 metalforming companies in the United States and Canada.

However, the March report indicates that lead times continue to increase. When asked about lead times compared to the previous 3 months, 60% of respondents say that they have increased, up from 54% in February. Respondents have continued to report lead-time increases each month since September 2020, when only 16% reported increased lead times.

“Metalforming manufacturers are seeing an uptick in business, but their ability to meet the demands of their customers is threatened by severe and growing supply problems,” said PMA President David Klotz. “Lead times for steel, aluminum, copper, brass and other metals are steadily increasing, and prices continue to rise. PMA continues to call on the Biden Administration to terminate the Section 232 steel and aluminum tariffs, which no longer are needed and are one of the main causes for chaos in the market.”

Current average daily shipping levels rose in March, with 63% reporting an increase (up from 52% in February), 20% reporting no change (compared to 31% last month) and 17% reporting a decrease (the same percentage reported in February).