Oshkosh Defense is clear of the legal challenge associated with the contract award for production of its Joint Light Tactical Vehicle. 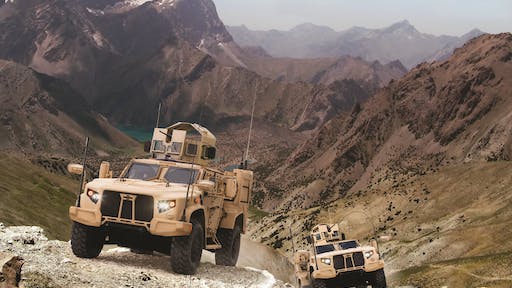 Oshkosh Defense LLC, an Oshkosh Corporation company, is clear of the legal challenge related to its Joint Light Tactical Vehicle (JLTV) production contract award after a competitor withdrew its protest from the U.S. Court of Federal Claims. Last week, the Court of Federal Claims denied the competitor’s request for a preliminary injunction, which allowed Oshkosh to continue work under the $6.7 billion JLTV contract. The JLTV program is cited among the Department of Defense’s top modernization priorities.

“Throughout this protest process, we have remained confident that Oshkosh provided the most capable vehicle and best overall value in the JLTV competition,” says Wilson R. Jones, Oshkosh Corporation President and Chief Executive Officer. “Because the U.S. Army and Marine Corps’ JLTV testing and evaluation process was extremely thorough, our nation’s Soldiers and Marines can rest assured they will be receiving the most advanced light tactical vehicle ever built.”

The JLTV program is a top priority for the Department of Defense, filling a critical capability gap for the U.S. Army and Marine Corps by replacing a large portion of the legacy HMMWV fleet with a modern light vehicle that provides unprecedented protection and off-road mobility, as well as transportability via air, land and sea. The JLTV production contract calls for Oshkosh to deliver a total of nearly 17,000 vehicles, as well as kits and sustainment services over an 8-year period.