LMS has joined the research project MODRIO, which is looking to find solutions supporting adoption of model-based systems for the design of mechatronic systems. 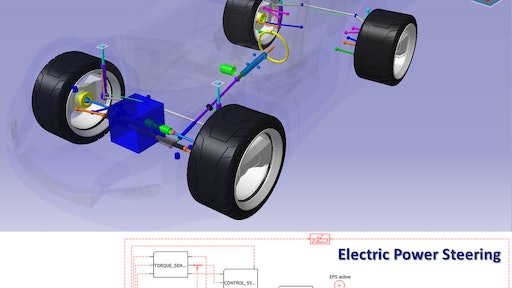 With a budget of EUR 19.5 million, MODRIO seeks solutions to support adoption of model-based systems engineering in the design of mechatronic systems. The project covers all phases of the development cycle — from early concept design, over detailed system design, to verification and validation — and operational use including diagnostics during the entire system’s life cycle.

The project is being implemented in cooperation with leading European companies in the energy and transport industries, including EDF (project coordinator), ABB, Siemens, EADS, Dassault Aviation and SCANIA.

“The MODRIO consortium will extend modeling and simulation tools based on open standards from system design to system operation. At EDF, we are convinced in the power of models, and we appreciate the opportunity to intensify their use for the design and operation of energy systems,” comments Daniel Bouskela, MODRIO project coordinator at EDF. “MODRIO will extend the state-of-the-art in modeling and simulation based on open standards, in order to increase the safety of energy and transportation systems, as well as their dependability and performance during the operational life.”

“MODRIO will allow LMS to strengthen its two core knowledge pillars of modeling and operational testing,” adds Jan Leuridan, Executive Vice President and CTO at LMS International. “Together with the industrial end-users, LMS will develop and validate new model-based solutions to support the design process of mechatronic systems. The increased use of models from the concept phase to the operational life will be key for the industry to manage the increasingly complex design process and the operational use of controlled mechatronic systems.”

The LMS operations in Belgium are supported in the project by a grant from IWT Vlaanderen, the Flemish government Agency for Innovation by Science and Technology.

In France, the participation of LMS Imagine is supported through a grant of DGCIS, the Directorate General for Competitiveness, Industry and Services.

The databases include a new proving ground environment with nine testing areas, including a 5-mile circle track and a hill grade surface.
Mechanical Simulation Corp.
January 8, 2021
Follow Us