Chief engineer and co-founder of Philippi-Hagenbuch LeRoy G. Hagenbuch has been awarded a patent from the European Union for the unique design of the company's Rear Eject Bodies. 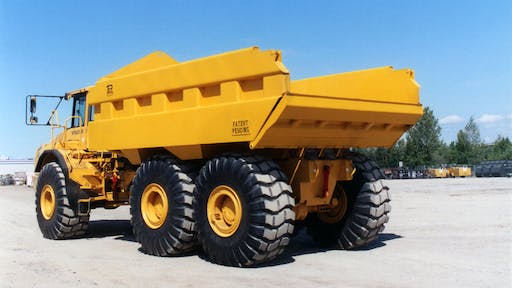 The European Union has awarded LeRoy G. Hagenbuch, P.E., chief engineer and co-founder of Philippi-Hagenbuch, Inc. (PHIL) a patent for the unique construction and components on the company’s line of Rear Eject Bodies. PHIL Rear Eject Bodies also are patented in the U.S. and Australia. Since its founding in 1969, the company and Hagenbuch have earned more than 100 patents for innovations and designs of heavy-duty, off-highway haul trucks.

“Philippi-Hagenbuch prides itself on being a leader when it comes to industry-changing innovations,” says Josh Swank, PHIL vice president of sales and marketing. “Receiving these patents – especially throughout the world – is an affirmation that we don’t settle for copying others or providing customers off-the-shelf equipment. We’re helping to put them at the forefront of their industries.”

Designed to easily adapt to any make and model of articulated off-highway truck, as well as a number of rigid-frame trucks, PHIL Rear Eject Bodies curtail the challenges associated with traditional dump bodies. They eliminate the need to raise the body of the truck, which enhances safety during dumping while the truck is in motion or in the presence of overhead barriers such as power lines, rooflines or bridges. Rear Eject Bodies also are safer in underground mining applications with low overhead clearance. In addition, the design increases efficiency and stability by providing a lower center of gravity, which allows operators to dump on downhill slopes and in conditions with a soft footing.

Engineered to provide productivity enhancing solutions for the toughest hauling challenges, PHIL Rear Eject Bodies dump faster and easier. The ejector blade pushes material toward the rear of the truck while the tailgate lowers, completely ejecting all material cleanly and safely. The unique sweeping action of the blade virtually eliminates all materials, even those that are prone to sticking to the sides or floor of the truck bed. This effective dumping action allows for more dumps in less time, which significantly increases jobsite productivity.

Continuing the company’s long-held vision of designing solutions that improve productivity while minimizing maintenance, PHIL Rear Eject Bodies are constructed with a single hydraulic cylinder used to operate both the ejector blade and the rear tailgate mechanism. As the ejector blade moves to the rear of the body, the tailgate mechanism located in the sides of the body begins to move to the rear of the truck. This motion, naturally supplemented with gravitational forces, lowers the tailgate simply and mechanically without the need for additional hydraulic cylinders. To further simplify the design, PHIL ejector bodies employ exclusive ejector guides integrated into the inside of the body, which provide smooth operation and eliminate rollers that typically break or bind. Additionally, the bodies are constructed of high-strength, abrasion-resistant steel to withstand years of use with little maintenance.

Because there are no external rails or guides for the ejector to move on, PHIL Rear Eject Bodies provide enhanced ease of loading and increased capacity. Incorporating customer feedback and more than two decades of experience, all required grease points have been eliminated for ease of maintenance, yet the current generation of PHIL Rear Eject Bodies incorporates the new QuietGlide system standard for decreased noise during operation for operator hearing safety and comfort.