The pulse of the coal industry: Reports of the death of coal (and fossil fuels in general) are exaggerated

I’ve taken some liberties with Mark Twain’s quote, “The report of my death was an exaggeration.” 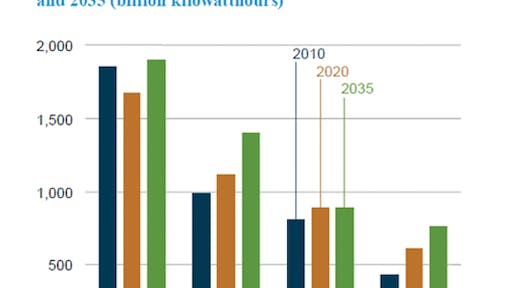 Coal and other hydrocarbon fuels have been the go-to fuel for power generation the entire nineteenth century and will likely remain dominant well into the future.

It is a fact that natural gas has negatively affected coal demand and therefore coal prices. The U.S. share of electricity generated by coal in fell in March (most recent data available) to 34%. Meanwhile, natural gas-fired generation increased to 40% in March. Coal prices have declined as a result.

In the U.S. benchmark, central Appalachian thermal coal prices fell from near $70 a metric ton at the start of this year, to approximately $54 a metric ton recently, down 23%. It’s interesting to note that although coal consumption dropped a relatively small 4.6%, it caused a huge swing in coal prices.

Economists would say that coal prices are very elastic; that is, they react to changes very disproportionately. As a result of declines in coal consumption by electric power plants, March coal stockpiles were about 196 million tons, almost 18% above the level in March 2011.

Coal and natural gas are locked in what appears to be a race-for-the-bottom death struggle, pulling each other down as electric power plants switch from coal to natural gas. Switching a coal-fired electric plant to natural gas is semi-permanent.  As one analyst said, it’s not as simple as turning on a light switch. There's downtime and cost associated with the switchover, therefore, coal and natural gas production will not swing wildly as prices fluctuate.

“This is an opportune time to switch from coal to natural gas,” says Moran Zhang, an investment analyst. “The EPA has enacted a pair of clean-air rules over the past year that tightened limits on power-plant emissions of sulfur dioxide and nitrogen dioxide, and place new limits on mercury. In what could be an even bigger environmental blow to coal, the EPA in March issued guidelines that could limit greenhouse gas emissions from new power plants.”

According to Marin Katusa at Casey Research, “horizontal drilling and multi-stage fracturing has unlocked trillions of cubic feet of natural gas from shale gas formations across North America. The market is flooded with gas – too much gas for the current level of demand. And as supply and demand have searched for equilibrium, gas prices that traded as high as $13 per MMBtu (one million Btus) just four years ago have dropped as much as 85%. In April, natural gas prices reached a low of $1.90 MMBtu. By July, the price rebounded to $2.49 MMBtu, but it is still considered cheap and has curtailed some new drillers from starting new projects.”

The pressure on coal companies is staggering. For example, Arch Coal, Inc. announced plans to idle several operations and to reduce production at other mining complexes in Appalachia due to the unprecedented downturn in demand for coal-based electricity. The action will result in a total workforce reduction of approximately 750 full-time employee positions. "Current market pressures and a challenging regulatory environment have pushed coal consumption in the United States to a 20-year low," said John W. Eaves, Arch's president and chief executive officer.

Five years ago, coal represented 50% of electricity generation, and natural gas was less than 20%. The Energy Information Agency (EIA) projects by 2030 natural gas will take over almost half of the national fuel mix. However, according to the EIA, coal will continue to represent a huge percentage of the U.S. energy mix.

Historically, when the price of natural gas declined, the management for utility companies always considered these price fluctuations as temporary, due perhaps to mild temperatures or other factors. Management of power generation companies were reluctant to make the switch because they feared that as soon as they shifted from coal to natural gas, prices would rise if it was a very cold winter. This time, however, it is different due to abundant cheap supplies and environmental regulations that favor gas. Analysts at the EIA believe it is likely that coal production will be under pressure for four years, after which it will begin growing again.

U.S. power generators have taken advantage of low natural gas prices by making more use of gas-fired plants that had previously been used to serve peak-power demand. Other utility companies operate combined-cycle coal-gas plants that can burn either fuel. However, according to one analyst, the switchover phase is almost complete. Utilities have transitioned their combined cycle plants, restarted their idled gas capacities and committed as much to new gas plants as they are willing to commit given natural gas’ price volatility.

What about alternative fuels, government funding for solar panel companies and subsidies for ethanol products? As illustrated in the Consumption by Fuel chart, all of the alternative fuels combined represented less than 2% of all electric consumption in 2011. The EIA estimates that by 2035 the use of alternate fuels will increase but will still represent a very small portion of our total energy mix, maybe reaching 4%. The good news is that there are many alternative energy sources being worked on. The bad news is that none of them store as much energy as hydrocarbon fuels. Until someone discovers an incredible new battery technology, society will be dependent on hydrocarbon fuels. As Saul Griffith, recipient of a MacArthur Fellow genius grant states, “Unfortunately, the difference between the world’s best battery and gasoline, in terms of energy storage per kilogram, is not a factor of ten; it’s more like a factor of hundreds or thousands.”

Griffith went on to say:

The human race currently consumes energy at an average rate of approximately [16] trillion watts, or [16] terawatts – the equivalent of [160] billion hundred watt light bulbs burning all the time. Capping greenhouse gas at a level that climatologists hope only raises global temperatures by two degrees Celsius would necessitate replacing all but three of those [16] terawatts with the equivalent of the following: [100] square meters of new solar cells, [50] square meters of new solar thermal reflectors, and one Olympic swimming pool’s volume of genetically engineered algae (for biofuels) every second for the next 25 years; one 300 foot diameter wind turbine every five minutes; [100] megawatt geothermal powered steam turbines every eight hours; and one three gigawatt nuclear power plant every week.”

The U.S. coal mining, natural gas and oil industries can be assured of continued prosperity with some bumps along the way created by market forces and government intervention schemes.

An opportunity for coal lies in exports

Winners of the 2021 Top New Products of the Year award offer a look at the top technologies engineering teams are looking for when designing new equipment.
Sara Jensen
Oct 30th, 2021 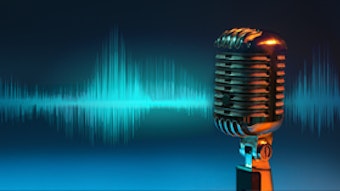 Scania has unveiled a new engine platform for heavy trucks offering fuel savings of 8%, Caterpillar has formed a partnership for zero-emissions mining, DEUTZ produced its 10 millionth engine and more news you may have missed.
Sara Jensen
Nov 17th, 2021

Briggs & Stratton will now supply the majority of engines ordered for use in Husqvarna ride-on mowers.
Sara Jensen
Nov 11th, 2021

Volvo and Daimler are among the truck OEMs awarded funding for the third SuperTruck program.
Sara Jensen
Nov 4th, 2021

The companies will evaluate the potential emissions reduction benefits of applying a driven turbocharger drive unit to a 13 L engine with hydrogen combustion.
AVL
Nov 4th, 2021

Improvements in technology have increased the use of electrification but there will remain a need for engines in many applications.
Sara Jensen
Nov 2nd, 2021

The company has secured financing from John Deere and other sources to help accelerate its technology enabling use of ethanol and other low-carbon fuels in diesel engine platforms.
Sara Jensen
Oct 29th, 2021

The engine is part of Cummins' strategy to reduce emissions in heavy-duty trucks and equipment.
Cummins Inc.
Oct 20th, 2021

The company is highlighting a range of engines which demonstrate the ease of transitioning to fuel alternatives such as methane and natural gas.
FPT Industrial
Oct 19th, 2021

The sale of mowers and other equipment powered by small off-road engines will be regulated by 2024 in an effort to reduce emissions.
Ryan Whisner
Sara Jensen
Oct 15th, 2021
Automated Systems

The duty cycles of off-highway equipment, coupled with the remote operational nature of many machines, will make diesel difficult to replace.
Cummins Inc.
Sep 26th, 2021

Cummins is developing a medium-duty 6.7 L and a heavy-duty 15 L engine fueled by hydrogen for use in on- and off-highway applications.
Cummins Inc.
Sep 23rd, 2021