An opportunity for coal lies in exports

Due to the recent EPA emissions reduction proposal targeted directly at coal-based power plants, increasing exports may be an opportunity for coal to stay a viable industry in the U.S. 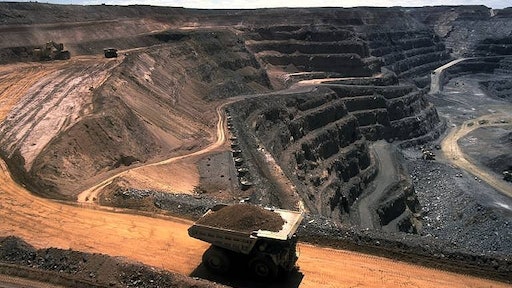 On March 27th, the EPA announced its proposed CO2 emissions limit for new power plants. The tougher emissions rules will significantly effect coal companies, which currently make up around 44% of the electricity in the U.S. The EPA's actions were authorized by the U.S. Supreme Court. The proposed rule affects only new plants.

The question is, will coal companies and power plants invest to meet the proposed CO2 emissions limits, or will they shut down? With the surpluss and affordability of natural gas as a power source, some lean toward much of the coal industry eventually shutting down.

Click here to read more on coal and natural gas energy sources in an article from Forbes.

Where the opportunity may reside for coal producers and suppliers is in exports to Asia and other global economies. According to Michael Dudas, a coal industry analyst at Sterne Agee, the U.S. can become a much more important supplier to the rest of the world for both thermal coal (used in power generation) and metallurgical coal (used to make steel) both of which are in high demand in Asia.

A distribution and port infrastructure is lacking to allow for increased exports, espeically west coast coal terminals. Currently there are none in the U.S., and the port located at Ridley, BC, Canada is not price competitive for U.S. producers.

Click here to read more on the opportunity that lies in coal exporting in an article from Reuters.

One question OEM Off-Highway has for its readers, as equipment manufacturers, is how will this potential coal industry challenge affect the supply, demand and manufacturing of coal-related mining equipment both domestically and globally? How can manufacturers make the best of this situation and capitalize on emerging opportunities to maintain equipment demand?

Type comments below and let us know your views on the concerns and opportunities for the coal industry.

The pulse of the coal industry: Reports of the death of coal (and fossil fuels in general) are exaggerated