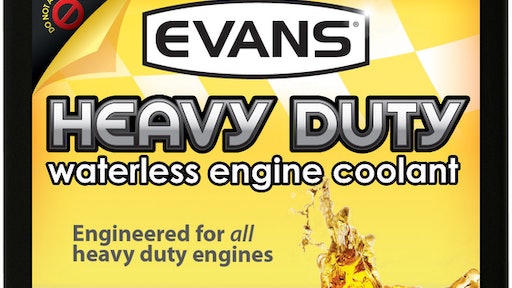 The objective of this evaluation was to report the results of a chassis dynamometer test program at the New York City Department of Sanitation (DSNY) Vehicle Test Facility to assess the fuel economy, emissions and temperature performance characteristics of Evans Waterless Heavy Duty Coolant. The test was performed on a diesel refuse collection truck, a Mack MP7 owned and operated by DSNY. Two computer controlled test configurations were selected to produce a statistically valid comparison of fuel economy and emissions performance data. The two test cycles reflected the New York City Garbage Truck cycle and the other reflected events that are normally found in refuse collection operations. The results were fuel economy improvement of 4.4 and 6.1% respectively, and a reduction of CO2 emissions of 4.3 and 5.6% respectively. Emisstar conducted testing in March of 2012, utilizing highly accurate and standard duty cycles with universal recognition across the industry.

It was also noted that the test showed no negative impact to oil and transmission fluid temperatures. A complete copy of the report is available at www.evanscooling.com.

"Evans waterless coolants have shown to improve fuel economy by as much as 3 to 9%, substantially reducing operating costs for fleets and owner operators," says Mike Tourville, Evans Marketing Director. "The report demonstrates that Evans can help reduce CO2 and particulate emissions."

A feature of Evans Heavy Duty Coolant is its higher boiling point of 375 F, significantly higher than water-based coolants, allowing the engine to safely operate at slightly higher temperatures. The huge separation of the boiling point from the operating temperature enables raising the fan-on temperature to 230 F, resulting in less fan-on time. The fans on heavy-duty diesel engines draw a considerable amount of horsepower, using significant amounts of fuel.