Cummins announced at MINExpo 2012 that it will increase its high-horsepower engine remanufacturing capacity by 100%, reaching a total of 7,000 units per year by 2016. 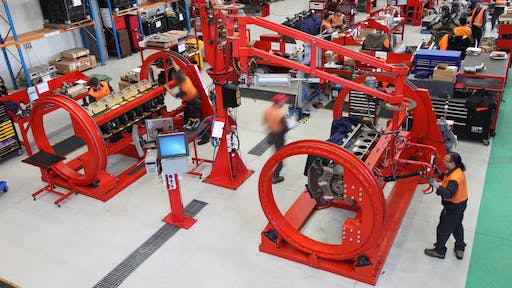 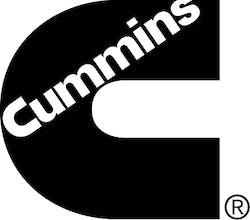 Cummins Inc. announced plans at MINExpo to increase high-horsepower engine remanufacturing capacity by 100% in order to meet demand for a rapidly expanding population of mining equipment powered by the popular QSK and K Series engines. Cummins Distribution Business will double total high-horsepower rebuild capacity to around 7,000 units per year by 2016, compared with the 2011 capacity of around 3,500 units per year, covering mining and other high-horsepower applications.

Cummins' engine rebuild process ensures that the equipment operator receives a rebuilt engine with “as-new” standards of reliability and performance. Spanning the 500 hp to 3,500 hp range (373 to 2,610 kW), Cummins QSK and K Series engines are designed with inherent capability for multiple-life operation, often capable of achieving as many as four rebuilds.

A global network of highly specialized rebuild facilities are located in areas aligned with high populations of Cummins-powered haul trucks, loaders, excavators, drill rigs and other mining equipment. The investment program will establish a number of additional engine rebuild facilities in new locations, as well as expand many of the existing facilities. This follows a major expansion in capacity in progress since 2008, when annual capacity stood at 1,600 rebuild units compared with 3,500 units today.

By 2016, rebuild capability will be available at some 40 locations, including Cummins Master Rebuild Center (MRC) regional hubs and localized Cummins Rebuild Workshops, with a total site space of around 1 million square feet (92,900 square meters).

“We are doubling our current high-horsepower remanufacturing capacity to 7,000 units per year by 2016 to stay ahead of customer demand for engine rebuilds, due to a significant increase in the population of Cummins-powered mining equipment,” says Pamela Carter, President – Cummins Distribution Business.

“The certified engine rebuild process is a key pillar of Cummins customer support, helping operators reduce the total life-cycle cost of their engines and achieve the lowest possible cost per ton of material extracted,” adds Carter.

The capacity expansion will be a phased ramp-up over the next four years, building on the capabilities, tools and processes already in place. The program is intended to serve mining customers better, as well as improve Cummins return on investment and facility utilization as the rebuild volume increases.

Cummins Master Rebuild Centers work to a 12-month rolling forecast, using data such as engine volume in-service, engine type, mine site location, engine operating hours and projected rebuild date. Based on duty-cycle analysis, the Cummins distributor will work closely with the equipment operator to schedule the projected engine rebuild. This approach helps the customer to plan ahead and minimize equipment downtime, with the option of using readily available rebuilt “swing support” engines if required.

MRCs are equipped to provide a certified rebuild or tailor a rebuild to meet customer needs. The certified rebuild involves a 600-step process involving teardown, cleaning, evaluation, component and engine assembly, dyno testing, painting and final inspection. Remanufacturing quality standards at MRCs are equivalent to “factory” standards, as applied to manufacturing a new Cummins engine. Remanufactured high-horsepower engines are upgraded with the latest product improvements as they become available, in the same way as a new engine built at the factory.