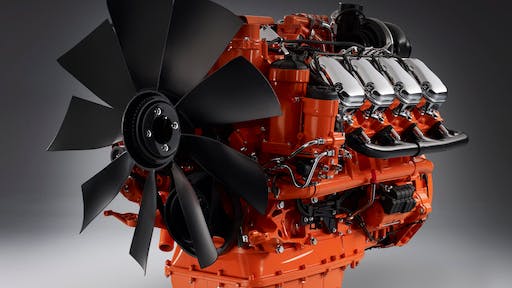 The Terex TR60 is a rigid dump truck designed for moving heavy loads, up to 55 tonnes in rugged terrain. A Terex TR60 with a Scania US Tier 4 Interim/EU Stage IIIB engine installed will be showcased during the bauma exhibition at the Terex Stand (F7.710-711), April 15 to 21 in Munich, Germany.

Scania already supplies engines for Terex articulated dump trucks, the TA250s, TA300s and TA400s. The range is powered by Scania’s 9-liter and 13-liter engines both as US Tier 4 Interim/EU Stage IIIB and US Tier 2/EU Stage II. Scania’s engines are showcased at the stand in Hall B4 102/202.

”Scania’s engines have performed well in Terex articulated dump truck applications and we are pleased to have earned the trust of Terex to also power one of their rigid dump trucks. We see this as a further step in the direction of a strengthening the relationship between Terex and Scania,” says Anders Liss, Sales Director Industrial Engines.