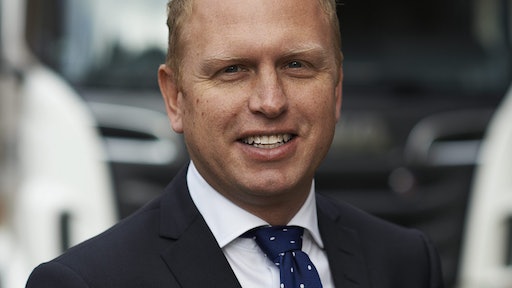 The Board of Directors of Scania has appointed Henrik Henriksson as the new President and CEO of Scania AB. He will take up his position on January 1, 2016 and succeeds Per Hallberg. Henriksson will from the same date become a member of the Volkswagen Truck & Bus Management Board (Truck Board).

“Henrik Henriksson is a capable and experienced person, with great entrepreneurial spirit and visionary leadership. He has the right profile to lead and develop the company in the long-term,” says Andreas Renschler, Chairman of the Scania Board of Directors.

Henriksson, born 1970, holds a Bachelor of Science in Business Administration. He has been a member of Scania’s Executive Board since 2012 and is currently Executive Vice President and Head of Sales and Marketing. He joined Scania as a Management trainee in 1997 and has held a number of senior positions in the company’s marketing organization.

“I look forward to the task of continuing to develop Scania in accordance with the goals and strategies established by the company management and the board. We will continue to broaden the offering of products and services that drives profitability for our customers and us, as well as our efforts to become the leader in sustainable transport. An important task for Scania is to also utilize the potential to develop brand-specific customer solutions, made possible through the cooperation within Volkswagen Truck & Bus,” says Henriksson.

Hallberg will resign from his operational positions during 2016. He has been employed at Scania since 1977 and joined the Executive Board in 2001.

“I would like to thank Per Hallberg for taking over the CEO position in April this year on short call, for keeping Scania on its high level of excellence and its employees being motivated during those times of changes,” concludes Renschler.