SDLG will begin introducing wheel loaders upgraded with Tier 4 Final engines and other enhancements, such as new joystick controls, in June to the U.S. and Canadian markets. 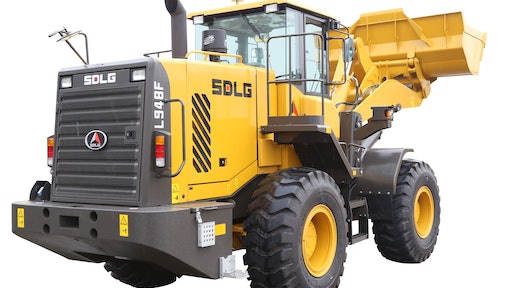 SDLG will roll out Tier 4 Final wheel loaders across North America beginning this spring. The new machines are upgraded to meet emissions regulations standards in the U.S. and Canada. All four models that are currently for sale in the region are being replaced with a Tier 4 Final version.

“SDLG fills a market niche in which its customers don't require the most cutting-edge technologies for their applications, but that doesn’t mean they don’t need well-made machines that are environmentally friendly,” says Al Quinn, Director of SDLG North America.

Along with the new Tier 4 Final engines, several additional enhancements have been made to the wheel loaders, all based on customer feedback in North America.

“We are consistently striving to improve our wheel loaders while retaining the value proposition that makes them so attractive to customers. And that is why these new Tier 4 wheel loaders will have so many additional upgrades,” Quinn explains. “Not only will customers see several enhancements to their user experience, they will be operating machines that have lower emissions.”