Due to the success of its machines in the snow removal sector, SDLG has chosen the APWA North American Snow Conference to launch its new Tier 4 Final machines. 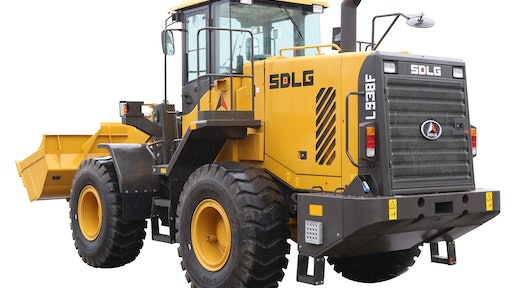 For the first time in North America, SDLG will exhibit its new range of Tier 4 Final wheel loaders at the 2016 APWA Snow Conference. The event takes place May 22-25 at the Connecticut Convention Center in Hartford, CT, and is hosted by the American Public Works Association.

Tyler Equipment, based out of East Longmeadow, MA, will be SDLG’s regional partner for the show. The company began selling the brand’s wheel loaders last winter, specifically with the snow removal sector in mind. Key executives from SDLG will also attend the event to debut the loaders, and field questions from customers and the press.

Since launching in North America nearly three years ago, SDLG has found the snow removal sector to be an ideal market for its wheel loaders. Several municipalities and state governments are using the machines for the application, including several in Canada and the United States. Notably, the New Jersey Department of Transportation used eight SDLG wheel loaders last winter in its cleanup of Winter Storm Jonas.

The brand’s wheel loaders are finding success in the sector for several key reasons:

“SDLG wheel loaders have proven to be an ideal fit for the snow removal industry, so the 2016 APWA Snow Conference provides the perfect opportunity to debut our new Tier 4 Final wheel loaders to the region,” says Al Quinn, Director of SDLG North America. “Snow removal doesn’t require the most cutting-edge technology, but it does need well-made machines that are reliable.”

SDLG will roll out Tier 4 Final wheel loaders across North America beginning this spring. The new machines are upgraded to meet emissions regulations standards in the U.S. and Canada. All four models that are currently for sale in the region are being replaced with a Tier 4 Final version.

Along with the new Tier 4 Final engines, several additional enhancements have been made to the wheel loaders, all based on customer feedback in North America.

“Our new Tier 4 Final wheel loaders are a great option for the snow removal sector—not only because they are reliable tools that can get the job done, but because they make good business sense,” Quinn explains. “With their low investment cost, extended warranties and lack of premium features that could be damaged, SDLG wheel loaders provide their owners a lucrative return on their investments.”

May 6, 2016
Latest in Engineering & Manufacturing