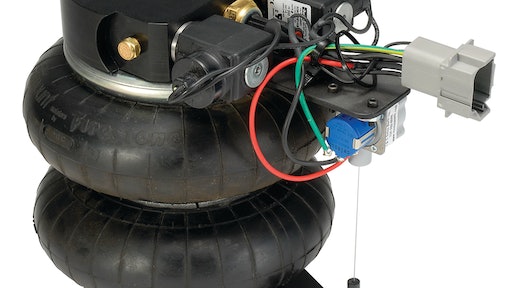 Future technology is leading to the “smart” row control where each row is independently and automatically controlled.

According to the American Farm Bureau, today’s farmers are very productive, growing 262% more food with 2% less input in the form of labor, seeds, feed and fertilizer as compared to farmers in 1950. That said, certain areas of the globe such as Africa, China and India are not producing sufficient food, having largely suffered reductions in per capita production for critical crops such as grain. Today’s high yields have resulted, in part, due to incremental innovations in farm machinery over time. But, to keep pace with increasing global demand, it is necessary to boost innovation in farming technology to feed a world population that the U.S. Census Bureau estimates will reach between 7.5 and 10.5 billion by 2050. Such innovations on planters include more accurate mechanisms that control seed handling, seed placement and down/up-force. One example is an advanced pneumatic height-control module that lets farmers maintain consistent seed depth from the tractor cabin.

The technology actually first arose in the transportation industry. Vehicles such as buses and RVs typically include a pneumatic component that lowers the vehicle so passengers can more easily climb on and off. In the past, systems comprised customized collections of electric air switches, pneumatic valves and other parts.

Parker Hannifin Corp. then integrated the components into a module that houses them in a machined-aluminum anodized body. Activated by solenoids, pneumatic valves inflate and exhaust air bags mounted on the vehicle axes. A flick of the switch in the cab makes a vehicle such as a bus lower, tilt left or right or elevate to a higher position for over-the-road travel.

The company’s understanding of vehicle suspension systems led it to develop a module designed specifically for agricultural equipment. Because farmers typically use the equipment for only a few days out of each calendar year, the units were designed to be durable and reliable. Most of the time, seeders sit outside, often battered with rain, sleet and snow. Reliability is crucial because when farmers want to seed fields for the spring season, the equipment must work without a hitch. And durability is important so the module could withstand the abuse encountered when a piece of farm equipment is being dragged through unplowed fields.

A Closer Look at Pneumatic Modules

A better understanding of how pneumatic modules for seeders work can come in part from understanding their history. During the earlier days of farming, as farm technology began to evolve in more developed areas of the world such as the U.S. and Europe, farmers used planter systems comprising a drum covered with stick-like probes. Rolling the drum created holes in the ground for seed. Later, tractors pulled the drum, letting more acreage be farmed faster. This mechanism was the first step to significantly boosting crop production.

Eventually, the drums were separated into rows and spring force was used to push seeds into the ground. Farmers manually adjusted the springs to provide the necessary force based on soil conditions. However, the springs often broke or wore out. Worse yet, farmers had to climb out of the tractor to re-adjust each spring (up to 48 rows), which would steal a significant amount of time from the small planting-season window.

Taking cues from the transportation application, the first seeder pneumatic systems consisted of individual row air bags fed by a small electrically driven air compressor alone. The air compressor provided a consistent pressure and cycled when pressure needed to be higher or to make up for system leakage.

Farmers typically set the compressor and then did not adjust it again once planting began. When the field was soft from rain, farmers lowered the compressor output before operation. The air bag system efficiently handled terrain changes. When the ground was uneven, the system exhausted air from the airbag on the lower side of the slope and forced air into the airbag on the higher side of the slope. Farmers liked the airbag system for its durability and depth consistency but wanted a way to change pressure based on ground hardness, as monitored by the planter, which they could adjust in the cab. This would boost crop yield and crop production even more.

At first, the pneumatic systems used standard components built for industrial applications. But the farm field environment was too harsh for the compressor and other pneumatics. Vibration caused fittings to leak, working the compressor beyond its capability. Leakage failures sometimes continued for extended times and caused compressor life cycle failures. In addition, contamination from dirt and dust almost always affected the pneumatic down force systems. The mechanism simply could not withstand the abuse encountered when a piece of farm equipment was being dragged through unplowed fields.

To solve these issues, a newer design moved the compressor and intake filter into the cab. But this approach generated excessive noise, irritating the driver and passengers. More importantly, maintenance and downtime from vibration negatively affected operating costs.

Parker’s initial solution was tailored specifically for use in agricultural applications and consisted of a tank to store air, high-flow valves along with a range of safety reliefs and shut-offs integrated into a compact Pneumatic Down Force Module that’s ready for an OEM to install. Because of the module’s durability, some in the industry liken the unit to a “military grade” device, which is designed to withstand unusually extreme environments.

Farming with the Down Force System

The Pneumatic Down Force Module for seeders ensures the equipment places the seed at the proper depth and the proper moisture level. This is important because when the seed is too deep, typically over 2-1/2 inches, it puts too much stress on the plant’s growth while the plant is trying to emerge and sprout. On the other hand, when the seed is too shallow, the roots will not be stable enough for a strong sprout. The module thus helps ensure increased crop production.

The initial solution solved 80% of the issues but a more flexible design was needed. Additional capacity came from incorporating a hydraulically driven air compressor that was driven off of the tractor's hydraulic system to help support the automation of pneumatic down force control. The configuration made the cubic feet per minute compressor air output four times greater than before, letting larger planters react and adjust more quickly. Planters could thus more efficiently handle both single rows and split rows.

Also, adjustability—or the number of adjustments for a given air source—was improved by adding more valves in the module to fill and exhaust the rear row independently from the front. This feature is important for planters using a front and a rear row placement for seed because it ensured that both rows insert seeds at the same depth. For example, a planter with a fertilizer tank over the front row requires less force to place the seed at the correct depth than the rear row which lacks a tank.

While there will probably never be a perfect system for the placement of seed, modern machinery has the capability to place seed 2-1/2 inches deep and 6 inches apart. And in general, the technology improvements made over the past five years in fertilizing and harvesting as well as in seeding have made farmers more efficient and productive. In fact, the yield per acre is at higher levels than could have been imagined even 20 years ago. This is a win-win situation because it helps feed a hungry world while putting money in farmers’ pockets.