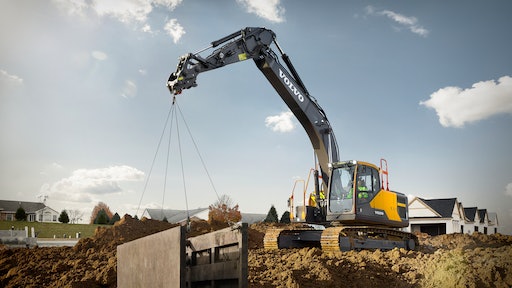 The long period of strong demand growth in the market for construction equipment came to an end in the third quarter of 2019, with Volvo Construction Equipment (Volvo CE) reporting a modest decrease in sales and operating income. The company continued its R&D efforts during the period and used the quarterly results to announce the next phase of its program to launch an autonomous electric hauler.

Net order intake in the third quarter decreased by 9% compared with the same quarter in 2018. Deliveries decreased by 2%, to 16,460 machines.

“After several years of high market levels, demand for construction equipment is slowing down,” comments Melker Jernberg, President of Volvo CE. “Although many markets are coming off their previous high levels, we expect the underlying need for infrastructure development in many markets to support the industry in the longer term.”

Volvo CE also announced that it has signed a contract for the first commercial pilot of its autonomous battery-electric load carrier. The trials will be conducted with customer Harsco Environmental in Sweden, and represent the next stage in the process of industrializing the technology.