Epiroc Wins Equipment Order for Mine Expansion in Chile 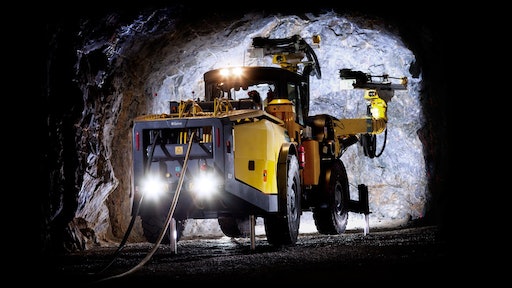 Epiroc, a leading productivity partner for the mining and infrastructure industries, has won a large order from construction company Züblin International GmbH Chile Spa for equipment that will be used to expand the El Teniente mine in Chile.

Züblin International GmbH Chile has ordered multiple drill rigs and loaders for use in the El Teniente underground copper mine in central Chile. Epiroc’s state-of-the-art equipment will ensure high productivity and safe operation as the mine will be deepened, extending its lifespan by an estimated 50 years. The order totals approximately SEK 135 million (EUR 12.7 million).and was placed in the second quarter 2019.

“We are proud to play a vital role as the El Teniente mine is expanded and gets to thrive for many more years in a productive and safe manner,” says Helena Hedblom, Epiroc’s Senior Executive Vice President Mining and Infrastructure.

“Epiroc has been able to put together a comprehensive offer that includes not just equipment but also service support and in-depth training,” says Dirk Pförtner, Commercial Managing Director at STRABAG Spa Chile.

The order includes different models of the Boomer face drilling rig, Simba production drilling rig and Scooptram loader, as well as on-site technical support. The machines will be equipped with the Epiroc telematics system Certiq, allowing automated and intelligent monitoring of productivity and machine performance. Delivery has started and will take place through early 2020.

The company will demonstrate the benefits its telehandlers can provide in mining operations.
August 5, 2021

New equipment, components and technology for the mining industry will be debuted at MINExpo INTERNATIONAL.
Sara Jensen
August 3, 2021

Innovative Mining Solutions You Need for Current and Future Operations

The growing need for mined resources will necessitate use of advanced mining technologies, many of which will be on display at MINExpo 2021.
August 2, 2021

Liebherr will introduce the new excavators and exhibit other new equipment, as well as new technology and services from its various product segments.
Liebherr-International Deutschland GmbH
July 30, 2021

Electrification and automation solutions, as well as the debut of Epiroc's latest Pit Viper drill rig will be among the products highlighted by the company.
Epiroc
July 23, 2021

Caterpillar will collaborate with Nouveau Monde’s team throughout the development and testing of the zero-emissions fleet.
Caterpillar Inc.
June 22, 2021