FTR says preliminary North American Class 8 orders in January were up 28% on a month-over-month basis, and 116% year over year. 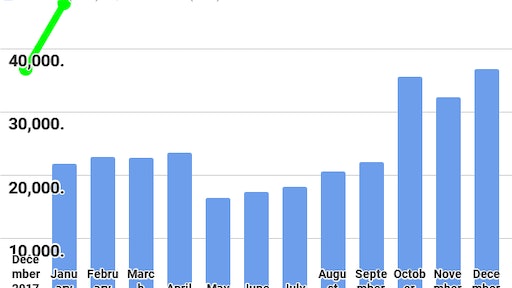 Jonathan Starks, Chief Operating Officer, comments, “Order for heavy-duty trucks surged to start 2018. These levels were well above our already strong expectations and continue to indicate that the equipment markets are still reacting to the tight capacity in the truck marketplace. January is normally a seasonally weaker month, except when the market is on a clear upswing. Capacity continues to remain historically tight and truckers are taking advantage of the opportunity with spot rates on the Truckstop.com load board up 30% year-over-year in January. Near-record levels can't last for long, but orders could stay quite elevated throughout the spring."

Final data for January will be available from FTR later in the month as part of its North American Commercial Truck & Trailer Outlook service.