Prizes will be given out in three categories - Urban, Intercity and Coach - during Busworld Europe 2019. 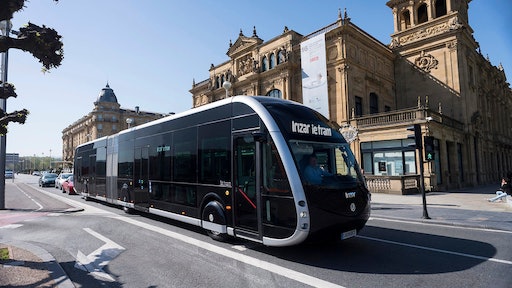 The road is paved to the award giving ceremony of the Sustainable Bus Award 2020. The prizes will be handed over to the winners at the gala event on October 17, 2019, during the eve night of Busworld Europe, that for the first time will be held in Brussels after as many as 24 editions in the city of Kortrijk.

In the ‘Intercity’ segment, the finalists are Scania Interlink LD LNG (fuelled with liquid natural gas), Iveco Crossway Natural Power in Normal Floor version (CNG fuelled) and, finally, the mild hybrid Solaris Urbino 12 LE Lite Hybrid. The latter is the only intercity candidate not equipped with a gas engine.

Among coaches, the Mercedes Tourismo Safety Coach will face the VDL Futura FHD2 (in the new version featuring ZF Traxon) and the Scania Interlink MD LNG.

The shortlist is the result of a first selection. Each juror submitted its candidates, and the vehicles that achieved more nominations (three per category) were included in the finalists list. Now the jurors will proceed with the second step, carrying out a detailed evaluation of the shortlisted vehicles according to SBY criteria. The criteria are split in the following areas: Engine, Transmission, Safety, Comfort, Sustainability.

Sustainable Bus Award is based on a cross-cutting idea of sustainability, intended as the ability to establish a positive image of the vehicle to the eyes of the general public. Several aspects can come into play, such as safety, comfort, noise, recyclability of components and the general environmental commitment of the manufacturer.