EU Commercial Vehicle Registrations Increased 6.2% in July and 11.0% in August

ACEA reports demand for new commercial vehicles grew 6.5% in the first 8 months of 2019, with Germany leading at an increase of 13.6%. 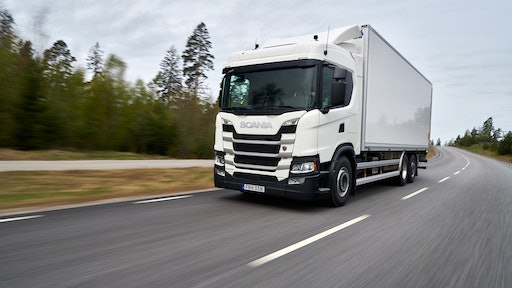 Registration of commercial vehicles in the EU rose 6.5% during the first 8 months of 2019.
Scania

New data from the European Automobile Manufacturers Association (ACEA) shows commercial vehicle registrations increased significantly in July and August (+6.2% and +11.0%, respectively). This was the eighth consecutive month of growth in the EU.

The van segment supported these results to a large extent, as truck and bus registrations fell sharply during the summer months. The United Kingdom (+29.8%) and Germany (+13.0%) saw the strongest gains last month, while Spanish (-2.6%) and French (-1.9%) sales slowed down compared to August 2018.

In August 2019, registrations of light commercial vehicles showed solid growth, up 17.5% compared to the year before. With the exception of Spain, each of the five big EU markets posted positive results in August, especially the United Kingdom (+41.0%) and Germany (+19.0%) – both of which saw double-digit gains last month.

After 6 months of consecutive growth in 2019, culminating in a 46.9% increase last June, EU heavy truck registrations suffered notable drops in July (-25.1%) and August (-21.8%). As a result, all of the large EU markets posted double-digit declines last month.

In August 2019, EU registrations of buses and coaches decreased by 10.3% compared to last year. Mixed results were posted by the big markets, with Spain performing very strongly (+140.0%) and double-digit declines being recorded in the United Kingdom (-41.6%) and France (-13.6%).

Eight months into the year, demand for new buses and coaches remained positive (+3.8%), although sales dropped during the summer period. So far, this growth was largely driven by the Central European markets (+15.8%). Among the major Western European ones, only Spain (+9.5%), Germany (+2.1%) and France (+1.6%) managed to post slight gains.