The sudden downturn in economic conditions and uncertainty over the duration of the COVID-19 crisis is limiting orders to short-term, definite needs. 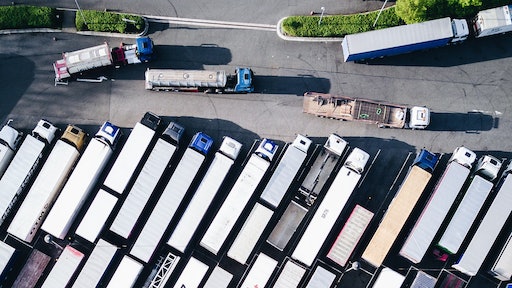 Preliminary North American Class 8 orders plummeted in March; depending on the source, orders are said to have dropped to between 7,400 and 7,800 units, the lowest order total since 2010. March orders were down 45-48% month-over-month (m/m) and 51-52% year-over-year (y/y). A significant number of fleets canceled orders previously placed due to the sharp and sudden downturn in economic conditions, says FTR.

Uncertainty over the duration of the COVID-19 crisis is limiting orders to short-term, definite needs. FTR expects orders to stay near the 10,000-truck mark for a few months until economic activity regenerates. Class 8 orders have totaled 170,000 units over the past 12 months.

Don Ake, Vice President Commercial Vehicles, comments, "The only good news here, is that the number was still positive despite the high number of expected cancellations. The gross order number is probably higher than 10,000 trucks, which means at least some fleets need more vehicles. A few carriers are doing well in the short-term, depending on the region and the type of freight being hauled.

"It is expected that most fleets will pause their replacement cycles due to the crisis. Large fleets that have immediate needs and the financial resources will continue to place modest orders. Additionally, smaller fleets may tap into the used truck market for their short-term needs to reduce the financial risk. The second quarter will be tough on the Class 8 market, and the third quarter is still highly uncertain."

"Supply-side restocking on goods from China and demand-side restocking to support the surge in consumer staples actually created a positive, if temporary, inflection in freight rates," says Kenny Vieth, ACT’s President and Senior Analyst. He continues, "However, increasingly bad news on the COVID front through the month and manufacturing beginning to shutter at the end of March were a heavy weight on an already over-capacitized industry operating a very young fleet."

Vieth also mentions, "On a seasonally adjusted basis, March was the weakest Class 8 order month since February 2010, and with COVID-19 becoming an even hotter topic over the course of March, one wonders about the impact on order activity on a go-forward basis."

Regarding medium-duty activity in March, he notes, “After a reasonably buoyant February, the medium-duty market felt the impact of COVID-19, if with less severe symptoms than Class 8. It is important to remember that March marks the beginning of the peak order season for medium-duty vehicles.”

Final data for March will be available from FTR and ACT later in the month.