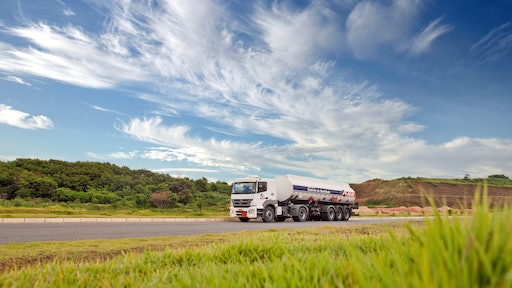 North American Class 8 truck orders fell in April to about 4,000 units. According to FTR, this order activity was the lowest in the modern era (1996). Preliminary data from FTR indicates orders were 44% below March and 73% less than a year ago. Class 8 orders for the last 12 months now total just 160,000 units.

FTR says fleets are delaying ordering trucks until the economic uncertainty over the COVID-19 crisis abates. Fleets also canceled a significant number of orders which were scheduled for near-term deliveries. Orders are expected to rise in May to around 10,000 units. Class 8 order activity after that is highly dependent on the speed and strength of the economic recovery.

Don Ake, Vice President Commercial Vehicles, comments, "Despite all the economic calamity and a significant number of cancellations, Class 8 orders managed to generate a gain in April. OEM production was shut down for most of April, yet order activity endured. There still are a few fleets that need new trucks. We expect retail sales to be somewhat higher than expected in April.

"The industry received a shock right along with the economy due to the virus response. Fleets will remain extremely cautious going forward, but we expect orders to modestly increase as the freight markets recover. We have already seen some signs of life in refrigerated freight and expect improvement in dry van freight soon. The industry recovery will begin in May, but it will be gradual, just like the overall economy."

"April represents the first full month of COVID-19 impacts on the trucking industry, and given broadly halted economic output leading to a sharp drop in freight volumes and rates, as well as more empty miles from fragmented supply chains further impacting carriers’ profitability, a negative order number was within the realm of possibilities," says Kenny Vieth, ACT Research’s President and Senior Analyst. He continues, “We suspect that, as was the case in March, instead of cancelling, order holders are content to move orders from close-in to later build dates, as they analyze the ongoing COVID impact."

Vieth also mentions, "From a seasonal perspective, April is a relative neutral Class 8 order month, and as such, seasonal adjustments adds little to actual data. On that basis, April was the weakest Class 8 order month since September of 1995, which actually produced a negative net order number."

According to ACT Research, the medium-duty truck market is fairing somewhat better. Preliminary NA Classes 5-7 net orders in April fell to 7,600 units, down 69% compared to year-ago April and 50% below the March order intake.

"Owing to its broader base of applications and vocational niches, medium-duty demand held up relatively well on an absolute basis in April when compared to their bigger [Class 8] brethren," says Steve Tam, ACT’s Vice President. He continues, "That said, medium-duty net orders continued to slide during the month, falling to their lowest since April 2010."