Commercial Vehicle Registrations in Europe are Down 34.5% in 2020

ACEA reports commercial vehicle registrations in the EU declined 67.0% in April, and are down 34.5% for the first four months of the year. 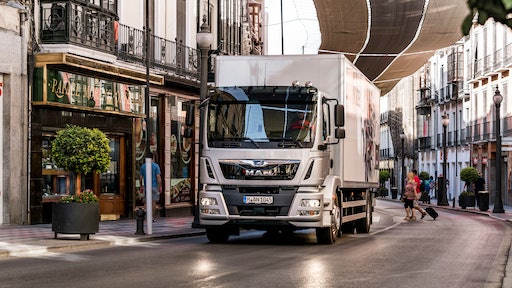 In April 2020, commercial vehicle registrations in the European Union declined by 67.0%, as most of Europe was under lockdown for the entire month. The fallout of the COVID-19 pandemic affected all 27 EU markets and every vehicle segment.

Read more: Global Commercial Vehicle Production Expected to be Down 22% in 2020

Four months into the year, EU demand for new commercial vehicles contracted by 34.5%, largely due to the impact of the coronavirus on March and April results. The region’s four major markets posted double-digit percentage drops so far this year: Spain (-46.6%), France (-41.6%), Italy (-41.4%) and Germany (-22.5%).

April results showed a sharp decline in registrations of light commercial vehicles across the EU. Demand for new vans fell by 69.6% to 46,264 units, or less than a third of the number of vans sold in April 2019. Double-digit declines were recorded in all EU markets last month, including the four major ones. Spain (-91.0%) and Italy (-89.9%) posted the biggest drops in van registrations.

During the fourth month of 2020, new heavy truck registrations fell by 58.5%, marking the tenth consecutive month of decline in the EU. The Central European countries were severely hit (-71.2%) by lockdown measures last month – including Poland (-71.7%), which traditionally is one of the leading markets for this vehicle type in the region. Looking at the major Western European markets, France recorded the biggest contraction (-72.3%) in April.

Last month, demand for new buses and coaches in the EU plummeted by 66.8% to 993 units registered. Except for Hungary, Sweden and Latvia, all markets in the region recorded strong declines in April, and Spain (-81.6%) in particular.

Truck orders were down close to 40% in November despite a high level of demand due to continued supply chain uncertainties.
Sara Jensen
Dec 28th, 2021
On-Highway

Volvo and Daimler are among the truck OEMs awarded funding for the third SuperTruck program.
Sara Jensen
Dec 16th, 2021

The battery-electric vehicle capable of total weights of up to 64 T on public roads and 80 T on private roads.
Scania AB
Nov 10th, 2021

Ongoing supply chain disruptions are making it difficult for truck OEMs to accurately predict build rates for the coming quarters, leading to a decline in orders.
Sara Jensen
Oct 13th, 2021