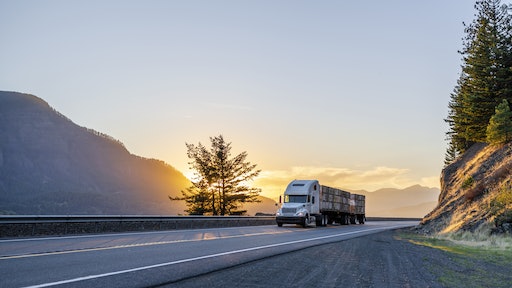 Preliminary North American Class 8 truck orders for December 2021 were up after a slight decline in November.

According to FTR, all OEMs entered at least some orders in December which is positive as many were not taking orders in previous months due to ongoing supply chain challenges. With OEMs taking orders there appears to be a more optimistic outlook on the supply chain; however there remains uncertainty so OEMs are entering orders only a portion at a time states FTR in its press release announcing its December order figures.

"The current order volume still understates the tremendous demand for new trucks. The OEMs have a large number of fleet commitments for 2022. They are delaying entering these orders until they know how many they will be able to build each month. Supply chain delays continue to constrain build rates," said Don Ake, Vice President of Commercial Vehicles for FTR in the firm's press release.

"Fleets need a considerable number of new trucks right now. Industry capacity is extremely tight, resulting in elevated freight rates. The carriers have freight to haul and funds available for new trucks, but OEMs can’t build enough. Also, the large fleets have had to run vehicles beyond their trade-in cycles and need replacement trucks."

ACT Research reports Class 8 trucker orders in December reached 22,800 units and orders for Classes 5-7 trucks declined to 18,100 units. The latter was both a m/m and y/y decline.

"For Class 8, with backlogs stretching through 2022 and still no clear visibility on the easing of the everything shortage, modest December net orders reflect OEMs taking a more cautious approach to effectively manage the cycle of customer expectations," said Kenny Vieth, ACT’s President and Senior Analyst, in the research firm's press release announcing its Class 8 order numbers. "As well, with a 12-month BL/BU ratio, and the industry only reporting units scheduled to be built within 12 months, some of the current order constraint is built into the data collection process: If the BL/BU is 12 months, new orders are ultimately consigned to the level of industry production."

Vieth concluded, "After hitting a [Class 8] cancellation speed-bump in November, orders rebounded to a level just above the second half of 2021 production trend in December. However, while improved, December’s orders were the second weakest of the year, reflecting ongoing supply-side shortages that continue to constrain production. Importantly, we reiterate, with critical economic and industry demand drivers at, or near, record levels, industry strength is exhibited in long backlog lead-times, rather than in seasonally weak orders."

Final data from both research firms will be available later in the month.