Three out of the four largest markets in the region posted double-digit percentage declines. 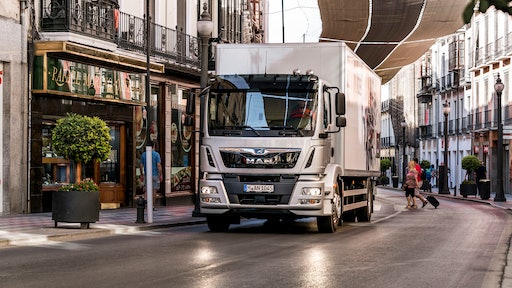 In June 2020, demand for new commercial vehicle across the EU remained weak (-20.3%), although the rate of decline slowed compared to April and May.

The drop in June was less pronounced in the van segment, easing the overall result. The truck and bus segments however are still struggling. Three out of the four largest markets in the region posted double-digit percentage declines last month: Germany (-30.5%), Spain (-24.2%) and Italy (-12.8%), while France recorded a modest increase (+2.2%).

Throughout the first half of the year, EU commercial vehicle registrations contracted by 33.7% due the losses recorded in earlier months. Each of the 27 EU markets posted double-digit percentage drops so far this year, including the four major ones: Spain (-44.8%), Italy (-35.4%), France (-32.0%) and Germany (-28.6%).

Last month, bus and coach registrations fell by 41.5% in the EU, a slight improvement compared to May’s decline (-56.5%). Only three of the 27 EU markets posted positive results in June 2020: Cyprus, Luxembourg and Slovakia. The other 24 markets, including the four major ones, all suffered double-digit percentage declines in June.