ACEA reports the major EU markets posted mixed results in October, and that demand is down 22.2% year-to-date. 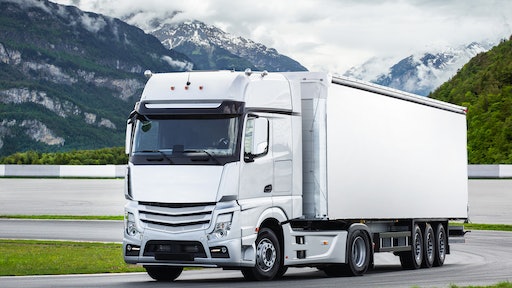 In October 2020, the EU market for commercial vehicles contracted slightly, with the number of new registrations down 1.2% to 172,743 units.

Demand for light commercial vehicles increased last month, but registrations of new trucks and buses declined at the same time. The major EU markets posted mixed results, with Germany (+9.4%) and Italy (+7.4%) recording growth, while the Spanish (-8.3%) and French (-4.5%) markets contracted in October.

Ten months into the year, demand for commercial vehicles decreased by 22.2% in the European Union, counting roughly 1.4 million registrations in total. Although the declines were less severe than in the first half of the year, all 27 EU markets continued to record double-digit drops over the first 10 months, including the four major ones: Spain (-30.4%), France (-19.8%), Germany (-18.4%) and Italy (-18.4%).

October registrations of new vans in the EU slightly increased (+0.7%) compared to 2019, marking the second consecutive month of growth this year. Demand was mainly supported by sales in Western Europe (+1.7%), with both Germany (+13.5%) and Italy (+9.2%) posting solid gains last month. By contrast, the markets in Central Europe continued to struggle (-8.5%) in October.

In October 2020, demand for new trucks decreased by 9.5%, owing to the negative results of the heavy-duty segment (which makes up the bulk of total truck demand). The big EU markets all performed worse than in October 2019, although Spain was the hardest hit (-27.3%) of the four.

October results show a fall of 12.6% in registrations of buses and coaches in the European Union. The major markets posted mixed results, with France (+11.4%) and Germany (+11.1%) recording solid gains last month, while Spain (-35.8%) and Italy (-18.5%) faced significant drops.

Except for China, all regions are expected to experience solid commercial vehicle demand growth this year and into 2022.
Power Systems Research
July 16, 2021

Preliminary Class 8 truck orders were up in June on both a month-over-month and year-over-year basis.
Sara Jensen
July 7, 2021

EU Commercial Vehicle Registrations up 51.3% in May

ACEA reports commercial vehicle registrations in the EU were up 42.1% during the first 4 months of 2021.
European Automobile Manufacturers Association (ACEA)
June 8, 2021

Freight rates, consumption and inventory restocking are expected to remain at high levels throughout 2021, leading to strong demand for commercial vehicles in North America.
Sara Jensen
March 2, 2021
Follow Us