ACEA reports commercial vehicle registrations in the EU were up 42.1% during the first 4 months of 2021. 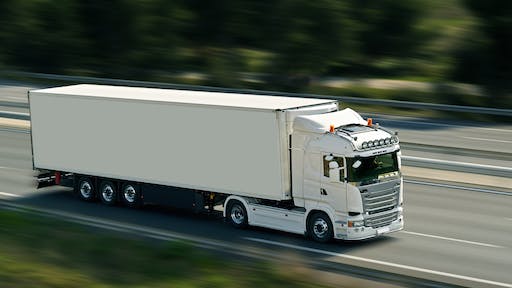 The European Automobile Manufacturers Association (ACEA) reports that in April 2021, the EU commercial vehicle market recorded an accelerated increase in new registrations of 179.2%, totaling 171,283 units. Last year’s very low sales base was the main reason behind this growth, as April 2020 was the first full month with coronavirus restrictions in place.

From January to April, registrations of light commercial vehicles across the European Union jumped by 45.9% due to the strong results recorded in March and April. Each of the major EU markets saw a strong increase in demand for vans during the 4-month period: Italy (+83.7%), France (+67.5%), Spain (+47.9%) and Germany (+16.5%).

April 2021 registrations of new buses and coaches in the European Union jumped by 86.4% to reach 1,842 units sold. The four major EU markets all contributed positively to the region’s result, especially France and Spain (both growing by 103.6%).

From January to April, EU demand for buses and coaches remained in negative territory (-1.2%) despite April’s strong numbers. Looking at the largest markets by volume, Spain (-26.5%) posted the sharpest drop, while declines moderated in Italy (-9.7%) and Germany (-8.8%). By contrast, France was the only major market to record growth (+11.2%) so far in 2021.