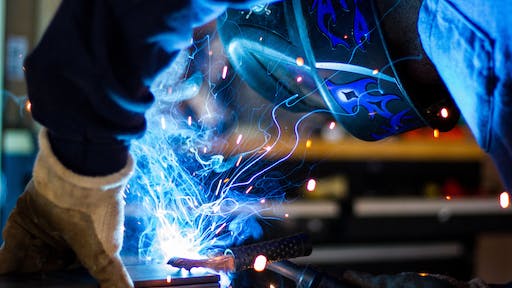 The infrastructure investment bills circulating around Congress would do more than build and repair roadways, data from an IHS Markit study released by the Association of Equipment Manufacturers (AEM) shows. They also hold the key to creating over 100,000 “family-sustaining equipment manufacturing jobs” before the end of President Biden’s first term. These high-skilled jobs in primarily rural areas would also sit well above the average annual U.S. income level at $88,000 – 35% above the current national average.

This study is based on the results of the IHS Markit assessment of the macroeconomic impacts of two potential infrastructure-related bills: a renewal of the current surface transportation legislation, and a second large infrastructure bill of over $1 trillion. The methodology assumes new infrastructure spending will occur over eight years, beginning in 2022, with three-quarters of spending taking place within the first five years. It also assumes the Surface Transportation Reauthorization Act of 2021 will pass in the fall of 2021 at a five-year total investment of $303 billion.

According to a statement by AEM in releasing the study, “Significant long-term investment in our highways, water, energy and communications infrastructure will bolster the economic recovery, create jobs and ensure the United States is competitive over the long run. It will also generate much-needed tax revenue for state and local governments still struggling with the impact of the COVID-19 pandemic.”

The study shows the boost to the construction industry from the two bills would help support construction equipment manufacturers by offsetting negative impacts of U.S. trade policy in 2019 that were compounded during the pandemic. Along with fostering job growth, equipment manufacturers and supporting industries are forecast to generate more than $27 billion in output from 2022-2024 as a result of the proposed investments, with an additional $2.25 billion in taxes paid to federal, state and local governments during the period.

Kip Eideberg, AEM senior vice president of government and industry relations, encouraged President Biden and Congress to work together “to advance fiscally responsible legislation that addresses our country’s infrastructure needs, creates family-sustaining jobs, protects our planet and grows our economy.” He urged policymakers on both sides to “put policy ahead of politics and pass the bipartisan infrastructure framework and secure a five-year surface transportation reauthorization as soon as possible.”

He added that passage of both pieces of legislation " s vital for the 2.8 million men and women of the equipment manufacturing industry, for their families and communities, for the U.S. economy, and for bipartisanship in this country."

Passage of Federal Infrastructure Bill Would be Transformational