Digitalization is a Major Driver of Productivity Growth

Sharing data is essential so everyone can reap the benefits and increase overall productivity. 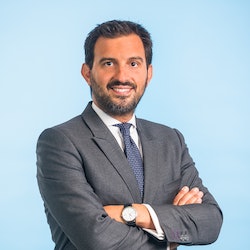 Are there markets which have not turned out to be as opportunistic as once thought? What are those markets and why have they not proved to be as beneficial?

The European construction machinery sector is at the end of a very extensive boom. The markets in Northern and Western Europe are slightly declining but are coming from a very high level. Southern and Central Eastern Europe are still on a growth course, albeit at a much lower level. As a result, the situation is still stable, but overall without growth. Turkey is lagging far behind expectations due to the economic and currency crisis, political tensions and a previous overheating of the market.

When it comes to certain market regions, manufacturers are particularly pessimistic about the U.K., still Turkey, and most recently also China. Southern Europe, CEE (Central and Eastern Europe) markets, Latin America and North America are still seen as cautiously optimistic.

How, if at all, has the current state of the global trade tensions—particularly those between the U.S. and other countries—had an impact on the industry?

A lot of construction equipment manufacturers produce worldwide, also in the U.S. So far, increasing steel prices have no major impact, price effects remain moderate. Until now, construction machinery has not been put on tariff lists. If the U.S. imposes customs duties in the future, the situation will completely change.

Diesel, Electric and Other Power Alternatives

Are there any new emissions regulations you see on the horizon, or anticipates will have an impact on the industry? Europe is set to implement CO2 regulations for heavy-duty trucks in the next few years—do you foresee a similar regulation affecting other industries, or another emissions element that will become the focus for regulators?

Manufacturers of construction machinery have been working tirelessly for the past few decades to bring their machines up to date and reduce emissions. On the one hand, European legislation has dictated the gradual reduction of exhaust emissions since 1996 – although this only marginally affects carbon dioxide – while on the other, the cost pressures of fuels have resulted in them reducing the consumption of their machines, and in turn, their CO2 emissions.

Construction machines have a far more complex engineering architecture than a normal car or truck. There are countless types of machines which are deployed in a wide-ranging sector comprising numerous different application areas. An approach of significantly reducing CO2 emissions can therefore only be implemented holistically and must include the entire operational process, starting with the equipment, its efficiency, the operation of this equipment and alternative fuel sources. Increasing digitalization is helping to optimize these processes and make them leaner, another factor which also saves fuel. It is therefore not a viable approach to upgrade old machines (i.e. retrofit) – users should instead invest in modern and cutting-edge construction machinery which meets the increased demands and are optimally designed for the entire operational process.

An often underestimated measure is the proper use of construction machinery. An incorrectly planned job, the wrong auxiliary equipment, incorrect tire pressures and maintenance or a poorly trained operator can make even the most state-of-the-art construction machine look out of place. At this juncture, the responsibility of each individual operator is to ensure that the machine is operated by properly trained staff.

What role is data playing in the industry, and how do you anticipate it will grow in the coming years?

In the modern economy, digitalization is a major driver of productivity growth across industries and services. To remain competitive in an increasingly globalized market, the EU economy must transform itself digitally. CECE believes that the European industry should raise the ambition for a concrete EU industrial agenda that will facilitate this transformation. We firmly believe that the challenges for the EU industry over the next 5 years will be crucial and can only be tackled with a joint effort between industry and EU institutions. Therefore, CECE together with 18 partners from 11 countries presented the proposal and received the funding from the European Commission for a project aiming at creating a roadmap for the Digital Platform for Construction in Europe, called DigiPLACE. This unprecedented collaboration between EU construction industry representatives, a strong academic partnership and the support of three countries’ public authorities will work together to pave the way for future projects in the field of digital construction.

CECE believes that a proper system of data sharing is more crucial than trying to set definitions of who is the owner of the data. In a complex digital environment such as construction sites, it is essential to share data so that everyone can reap the benefits and increase overall productivity.

The European construction equipment industry is a strong and highly innovative industry, in which global competition is key to industrial development, but can also become a source of challenges. The need for fair competition, open trade and reciprocity is evident. Political instability, trade barriers and unpredictable leaders are always risk factors. At the moment, those risk factors are evident and will certainly have an impact on the economy – also on the construction equipment sector. Therefore, CECE is strongly involved in supporting activities to strengthen European unity and the position of the construction equipment sector.

This single, integrated unit has a condenser that provides maximum cooling when needed and saves energy when not.
Red Dot Corporation
May 26, 2022
Follow Us