While electrification is accelerating, challenges remain when implementing electric-powered systems for buses and commercial and military vehicles. 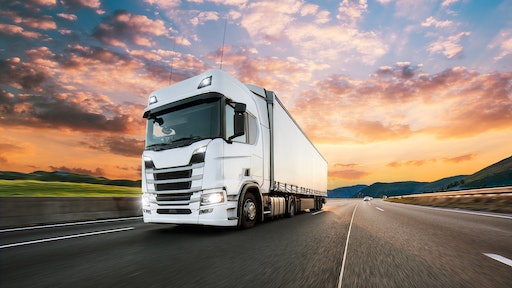 Electricity’s share in transport energy is projected to increase sevenfold from its 2011 level by 2050. Yet while great strides are being made in the electrification of passenger vehicles, commercial vehicles and other heavy vehicles are slower on the uptake. Here, Roger Brereton, head of sales at steering systems specialist Pailton Engineering, explains some of the unique challenges on the road to electrification in different sectors.

If we look at progress toward the electrification of vehicles, we find a lack of uniformity. Electrification of passenger vehicles is accelerating, but different sectors present unique challenges. The opportunities presented by electric vehicle technology also varies depending on the type of vehicle we are looking at. For this reason, the uptake will be slower and more complicated in some sectors and we should not expect the success of passenger vehicles to be easily replicated in every other sector.

According to many predictions, electrification of bus fleets will proceed at a rapid pace in the coming years. Currently, approximately 17% of the world’s buses are electrified. According to Bloomberg New Energy Finance, that figure is likely to rise to 60% by 2040.

The increase is being driven by improvements in the technology but also by active government intervention. In California, for example, it is mandated that by the end of this decade, any new purchases of bus fleets by mass transit agencies must be of electric buses.

When looking at these figures we need to consider the impact of the Chinese market. Of the 425,000 electric buses in the world last year, 99% of them were in China. The largest bus fleet in Europe was in London, which recently celebrated a deal to add 78 electric double deck buses to its existing fleet of approximately 200 buses.

For bus electrification to become more widespread outside of China, substantial infrastructural challenges will need to be overcome. Building expensive charging infrastructure in densely populated urban areas is difficult. However, charging is an equally significant problem for buses outside of cities, which must travel longer distances and therefore suffer from even greater range anxiety. In the wake of the coronavirus pandemic, the sector will need significant government support and far-sighted policies to achieve the optimistic growth forecasts.

There is also the issue of standardization. Engineers and manufacturers have not coalesced around a standard for where in the bus the battery should be located. Competitive innovation will help drive the technology forward, but it also means that the conventional parts of the vehicle, such as the steering system for example, must often be custom built.

Similar issues with range anxiety, lack of infrastructure and excessive battery weight hold back the uptake of electrification in the commercial vehicle sector. These vehicles face different demands in comparison to passenger cars.

For example, long haul vehicles are heavier and so require larger and heavier batteries to get them moving. Research by Benchmark Mineral Intelligence has estimated that a 1,000 L (264.2 gal.) fuel tank weighing 800 kg (1,763.7 lbs.) would provide the equivalent level of energy to a 20,000 kg (44,092.5 lbs.) lithium ion battery.

Electric vehicles cannot travel as far on a single charge, when compared with vehicles that used an internal combustion engine. They also take longer to charge.

For the reasons above, the uptake of electrification in this sector has been and will continue to be slower when compared to other vehicle types. Nor is it clear whether electric battery powered vehicles will be better suited to this sector than other low carbon alternatives like the hydrogen fuel cell.

In the meantime, there are alternative ways of reducing vehicle emissions. For example, platooning is one option being explored. This involves the linking of two or more vehicles in a convoy, often employing automated technologies. Another example is greater emphasis on high quality parts. Improved conventional components that can reduce both the overall weight of the vehicle and the friction generated while driving can also improve fuel efficiency.

The military sector is a major contributor to greenhouse gas (GHG) emissions. One prominent academic study reached the conclusion that if the U.S. military were a country, it would be the 47th largest GHG emitter in the world. The sector faces strong political pressure to reduce its carbon footprint.

There are exciting reports of developments in hybrid technology. In August, for example, the Ministry of Defence announced its latest round of investments in electric and hybrid drivetrains. As well as the environmental benefits, advocates of alternative fuel types for military vehicles claim operational benefits, such as quieter and therefore stealthier vehicles.

However, there is good reason to expect the uptake of this technology in the military sector will be at a very slow pace. Diesel vehicles will continue to dominate in the coming years and the reasons behind this fact have more to do with the inherent limitations of the electric battery technology than with politics.

The key obstacle to electrifying military vehicles is the weight of the battery. If the vehicles are too heavy, they simply cannot perform or compete in the way a vehicle powered by an internal combustion engine would. This factor is particularly important in the context of rising demand for light-weight, nimble vehicles that are better suited to the asymmetric warfare and complex battlegrounds of the 21st century.

Different vehicles face different demands. The challenges and opportunities from electrification are not uniform across each sector. In comparison to passenger vehicles, many other sectors face a steeper uptake of the technology because of issues like greater range anxiety and inadequate infrastructure. In some sectors, it may be the case that electrification is still a long way off or is less viable than alternative means of cutting emissions. Design flexibility and innovation will therefore be key.

This article was contributed by Pailton Engineering which provides custom-engineered steering systems and steering parts for heavy goods vehicles.