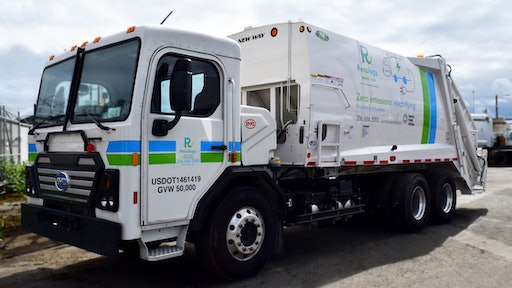 “By partnering with the City of Seattle, BYD and New Way, we can be a catalyst to effect positive, sustainable change, setting the stage for what a 21st century refuse truck should look like,” says Derek Ruckman, Vice President and Group Manager in the Pacific Northwest at Recology.

“We’re proud to provide Recology and the residents of Seattle with the most advanced collection trucks in the world,” says BYD Motors Director of Business Development, John Gerra. “And with the outstanding support we received from New Way for its advanced Rear Loader design, we are excited to build many more trucks together for the U.S. market.”

“By combining the innovative design of our Viper Rear Loader body with BYD’s zero-emissions battery-electric technology, we can produce the most efficient and sustainable refuse truck available on the market today,” says Don Ross, New Way Vice President of Sales and Marketing.

It’s only January, but preparations are in full swing.
Lori Ditoro
Jan 13th, 2023

This video from COMVEC 2022 covers a motor for an e-air pump and an electric motor for power steering.
Sonceboz SA
Jan 13th, 2023

Experts tell us about the technology they were exhibiting during the event.
Würth Elektronik
Jan 12th, 2023

The number of available electric truck models is increasing, with OEMs ramping up production volumes of these models.
IDTechEx
Jan 12th, 2023

Learn more about the State of the Industry and our 2022 Top New Product Award winners.
Lori Ditoro
Dec 9th, 2022

Branden Harbin, executive director, global marketing, talked with our team about the industry in 2022 and looks toward 2023.
Allison Transmission
Dec 4th, 2022

Eric Alström, president, talked with our team about the industry in 2022 and looks toward 2023.
Danfoss - Danfoss Power Solutions
Dec 3rd, 2022

Jace Allen, technical evangelist, talked with our team about the industry in 2022 and looks toward 2023.
dSPACE
Dec 3rd, 2022

Nick Block, director, global marketing and sales, talked with our team about the industry in 2022 and looks toward 2023.
John Deere Power Systems
Dec 2nd, 2022

Wilfried Aulbur, senior partner, talked with our team about the industry in 2022 and looks toward 2023.
Roland Berger
Dec 2nd, 2022

Learn about the new technology that has been added to the electrification product line.
Briggs & Stratton Commercial Power
Nov 9th, 2022

This video covers how construction and agriculture are ahead in some tech areas.
John Deere Worldwide Construction & Forestry Div.
Oct 19th, 2022
Follow Us