Commercial Transport can be Fossil-Free by 2050

Scania President and CEO says reaching zero carbon dioxide emissions is attainable but will call for change at a high speed, and for serious, and joint private and public sector commitment.

A fossil-free commercial transport system in the timeframe of the Paris Agreement target is not only possible, but also financially attractive from a societal perspective. This is the key conclusion of a study initiated by Scania.

“Reaching zero CO2 emissions in our sector in the timeframe of the Paris Agreement is attainable but will call for change at an unprecedented high speed, and for serious and joint private and public sector commitment,” says Henrik Henriksson, Scania’s President and CEO. 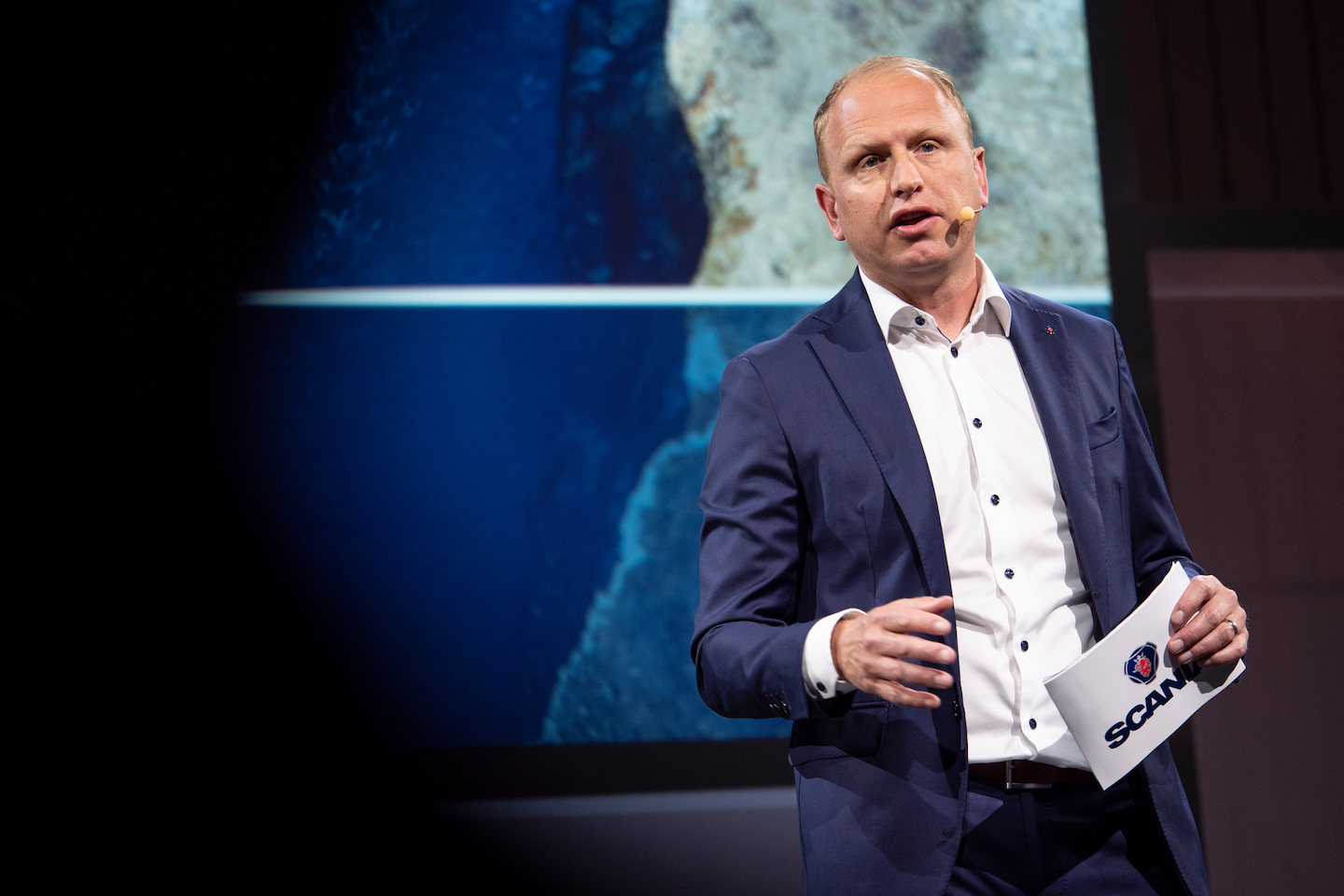 A comprehensive analysis undertaken by Scania, and reviewed by an external academic panel, shows that several pathways can be pursued to phase out carbon emissions. Tracing the road to zero emissions by 2050 through a back-cast modelling approach, the analysis shows the viability of concurrent pathways. The research covers three transport segments: long haulage, distribution and city bus, and four countries: Sweden, Germany, China and the US.

“We can achieve more than 20% reduction of CO2 emissions by working even smarter in the current transport systems, for example through improved routing and better load management. On top of that, we see several fuel and powertrain pathways to a fossil-free future. Biofuels offer the fastest CO2 emissions reductions and electrification is the most cost-effective,” Henriksson says.

New technologies can take a long time to achieve wide adoption, as the existing stock of vehicles turns over slowly. To be fossil-free by 2050 therefore requires, changes at scale already by 2025, including not only new technologies but also new infrastructure. Further, we need to achieve an average global growth rate of new fossil-free powertrain technologies of at least 5-10 percentage points per year and achieve full sales penetration by 2040. To reach this goal, the transport sector and adjacent industries must initiate change rapidly and immediately.

These are the key conclusions of The Pathways Study: Achieving fossil-free commercial transport by 2050:

Although the study noted differences in the coming 15 years, the pathways are relatively similar over time and across the varying markets.

Regardless of pathway, or if it will be a mix where multiple powertrain technologies and infrastructures coexist, they require not only an unprecedented rate of technological change but also that of adjacent industries to decarbonise. Starting immediately, funding mechanisms and firm commitments must be made available for large-scale technological and supporting infrastructure development. The energy system, globally, must in parallel phase out fossil-fuel dependency. Equally decisive is that transport buyers continue to increase the demand for fossil-free supply and delivery services.

Based on the findings from The Pathways Study, a coalition of companies is being formed with the ambition to further accelerate the speed of change and to lead the change starting here and now.

The order for 18 electric school buses will be operated by 14 school districts in British Columbia.
Navistar International Corp.
September 9, 2020

Ricardo has made a public commitment to achieve Net Zero carbon emissions from its operations by the end of calendar year 2030.
Ricardo plc
September 8, 2020

Bosch examines the benefits of hydrogen fuel cell powertrains which it plans to bring to market in 2022-2023.
Bosch
September 2, 2020

The new facility will include design, engineering and analysis of all the company's electric vehicles and batteries.
Navistar International Corp.
August 17, 2020

States Band Together to Bring Electric Trucks to Roadways

California and 14 other states have put in place rulings that will accelerate market adoption of zero-emission trucks.
Sara Jensen
August 4, 2020

Drivers of the Volta Zero electric truck will also benefit from inclusion of technologies such as Active Steering, Road Sign Assist, and Reversing Assistant.
July 29, 2020

CEMA says the amended legislation provides an important measure to mitigate some of the most significant disruptions in the sector caused by the COVID-19 pandemic.
Sara Jensen
July 17, 2020
Follow Us