The Urbino 12 hydrogen transforms hydrogen into electric energy directly fed into the driveline of the vehicle for emissions-free operation. 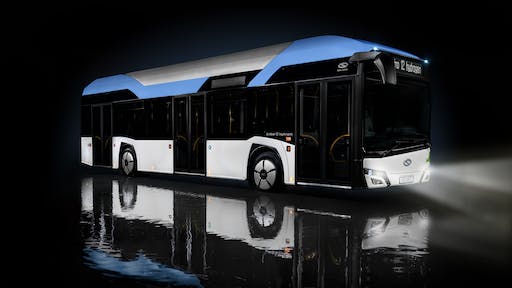 At the UITP Global Public Transport Summit 2019 held in Stockholm, Solaris presents two zero-emission vehicles. The Solaris Urbino 12 hydrogen which celebrates its world premiere, complements the manufacturer's electromotive offer. The second vehicle is the well-known Solaris Urbino 12 electric in its newest design, characteristic for all new vehicles from Bolechowo since January this year.

Solaris was one of the first electric bus manufacturers to direct its research and development efforts towards electric drivelines. Nearly a decade after the premiere of its first e-bus, Solaris is now supplementing its zero-emission bus range with the Urbino 12 hydrogen in which hydrogen is transformed into electric energy directly fed into the driveline of the vehicle. Hydrogen technology used for power generation will enable buses to traverse even longer distances completely emissions-free.

Hydrogen-fueled buses will create a complementary emission-free bus portfolio thanks to which Solaris will be braced for contemporary challenges and the diverse needs of customers with regard to range, flexibility and operability of vehicles. The manufacturer believes that the development of all electromobility branches, be that battery buses, trolleybuses or hydrogen-fueled vehicles, should proceed in synergy, and that this process is indispensable to ensure sustainable transport of the future. Therefore, hydrogen-powered buses of Solaris will not constitute competition for battery buses or models of the Trollino series. Quite the opposite: these technologies will complement each other perfectly and they will all benefit from the technological progress of electric drivelines and their components. 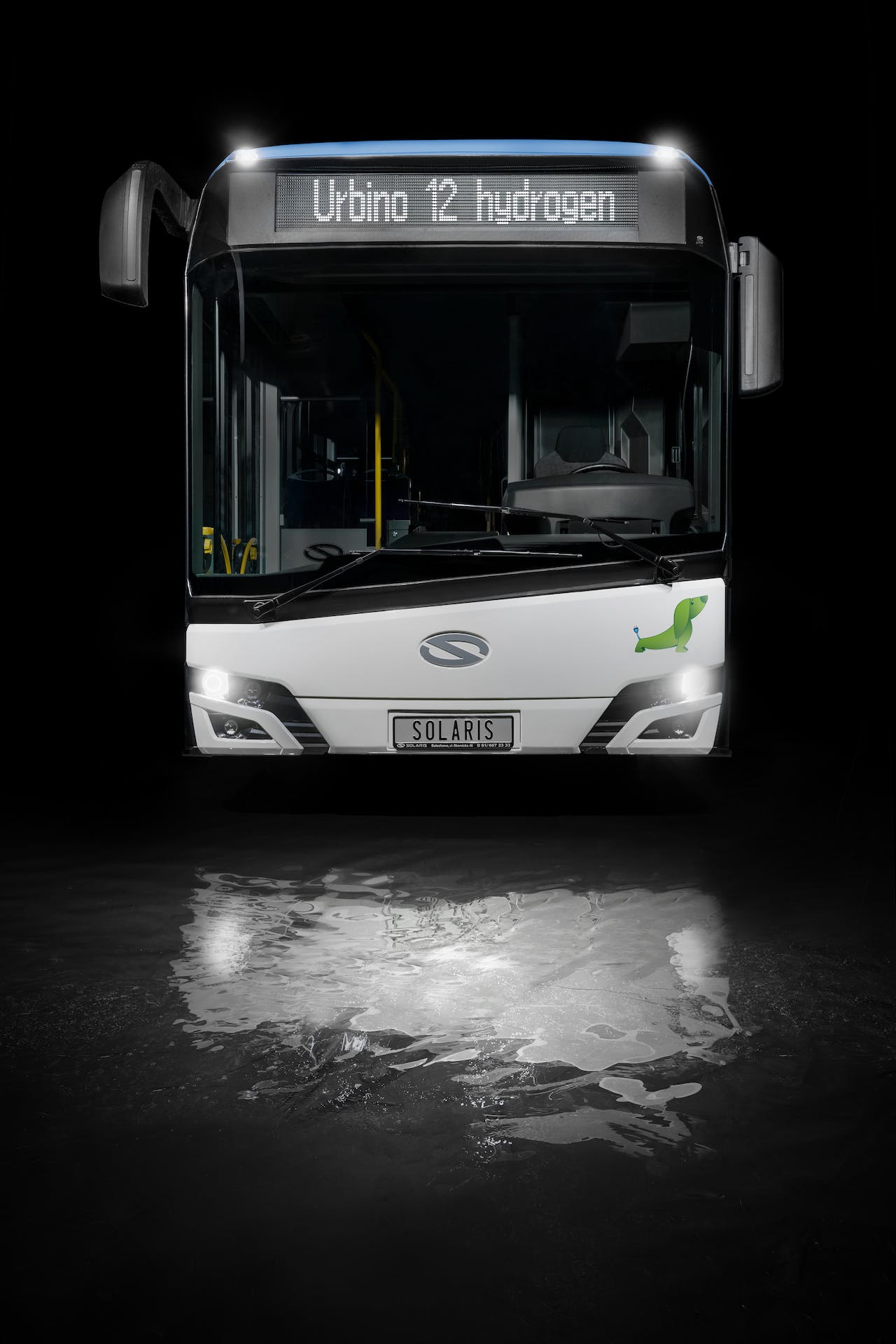 The advantages of hydrogen as an energy source are indisputable. Thanks to its density and lightness, this element may constitute a clean energy source for vehicles, and it may enable them to cover a distance of up to several hundred kilometers. Considering the fact that hydrogen can be produced from water in the electrolysis process, we have a really clean source of energy. It is also a perfect solution for operators who have access to hydrogen derived from renewable sources, or from the industrial processes. Using reverse electrolysis, hydrogen fuel cells are relatively small in size and they generate energy during the operation of the vehicle. That is why they are an ideal solution when a long drive range has to be ensured. Hydrogen refilling takes little time and is quite convenient, not differing much in essence from refilling a vehicle with petrol.

Solaris gained its first experience in hydrogen when it designed battery vehicles using fuel cells as range extenders. As part of the JIVE initiative, Solaris has supplied two Urbino 18.75 electric to Hamburg and 10 trolleybuses with hydrogen-based range extenders to Riga. Now, the manufacturer is taking its next steps towards progress, presenting at the UITP Global Public Transport Summit in Stockholm the Urbino 12 hydrogen, a completely emission-free electric bus.

The electric Urbino 12 hydrogen is fitted with a cutting-edge fuel cell that acts as a miniature hydrogen power plant on board of the vehicle. Thanks to the use of advanced technology, the bus will be capable of covering up to 350 km on a single refill. In a hydrogen fuel cell electric power is generated in a process called reverse electrolysis and then passed on directly to the driveline. The sole products of the chemical reaction occurring in the fuel cell are heat and steam. Consequently, the vehicle does not generate any noxious substances whatsoever.

A set of 60 kW fuel cells was used in the Solaris hydrogen buses. As a whole, the hydrogen system contains also auxiliary devices, responsible for instance for the supply of gas and oxygen at an adequate pressure, for the recirculation of the resource that has not been used up, and also for maintaining a proper and stable temperature of the fuel cells during operation.

The novelty of Solaris’ portfolio will be also fitted with a small Solaris High Power traction battery which is to support the fuel cell whenever the demand for energy is the highest. The battery is filled with energy derived from hydrogen and through the regenerative braking, though it is also possible to recharge it by means of a plug-in socket. Complementing the driveline is an axle with integrated electric motors.

As for the hydrogen storing technology, the Urbino 12 hydrogen features cutting-edge solutions. The chemical element is compressed in gaseous form at a pressure of 350 atmospheres into five new-generation tanks placed alongside the bus roof. Thanks to the use of type-4 hydrogen tanks, engineers of the Solaris Technical Office managed to reduce the mass of the cylinders by ca. 20% compared to the parameters of the previous model. The set of composite tanks, placed longitudinally above the first axle of the vehicle, allows for a hydrogen storage capacity of 36.8 kg. A multifunctional valve is installed at the end of each tank; this valve includes a range of safety elements: a solenoid valve, an emergency valve activated by high temperature and an overload valve cutting off the flow of hydrogen in case of loss of containment of the system.

In order to reduce energy use to a maximum, the vehicle will feature a climate comfort system with a CO₂ heat pump that allows to use waste heat from the fuel cell. This solution guarantees very high efficiency and allows to increase the drive range of the vehicle even more.

The exceptionally ecological Solaris Urbino 12 hydrogen is the result of consistent investments of the producer in zero-emission transport means. The hydrogen bus with a hydrogen fuel cell offers all the benefits of an electric driveline, such as reduced noise emission and vibrations, but it ensures above all a complete lack of emission of noxious substances at the site of operation. Vehicles featuring hydrogen technology also stand out thanks to their wide driving range and the short time needed to refill. 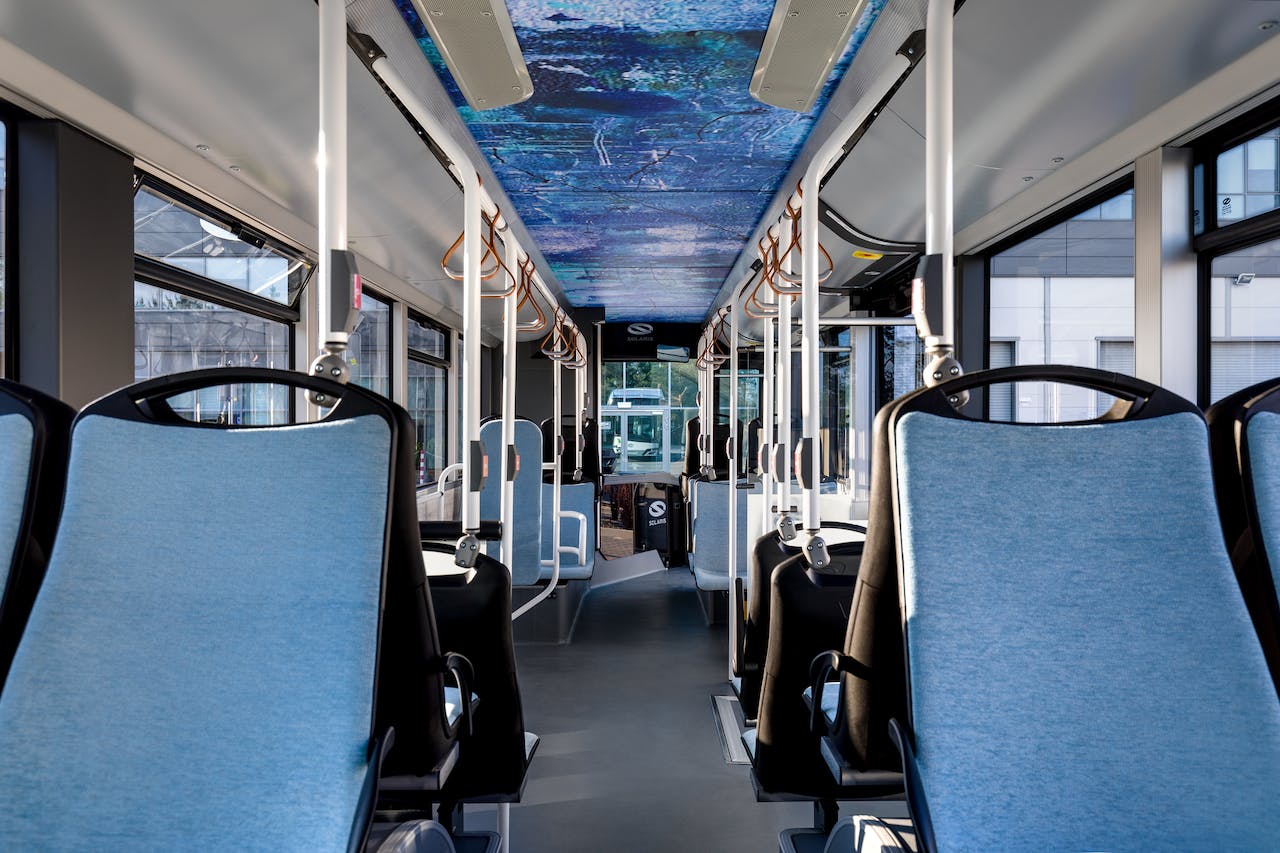 The Italian city of Bolzano is the first one to order Solaris Urbino 12 hydrogen buses. "Bolzano invests strongly in modern and clean public transport. I am very happy that Solaris can be a part of it delivering its newest zero-emission technologies. SASA already has our Urbino electric buses. Now Solaris and Bolzano go hydrogen," said Petros Spinaris, Deputy CEO of Solaris Bus & Coach S.A.

SASA Bolzano will be the first customer to receive the newest development of Solaris, the Urbino 12 hydrogen. The energy stored in hydrogen is directly fed into the driveline of the vehicle. Hydrogen technology used for power generation will enable buses to traverse even longer distances completely emissions-free.

The contract includes an 8 year-long service and maintenance package. Part of the contract is also a special drivers’ and workshop personnel’s training emphasizing the safety aspects of using and servicing hydrogen vehicles.

During the UITP Global Public Transport Summit, representatives of Solaris and Régie Autonome des Transports Parisiens (RATP) have signed a contract for lease and tests of the Urbino 12 hydrogen. The operator responsible for public transport in Paris for 10 weeks (April-June 2020) will test the Solaris hydrogen bus in regular passenger traffic. This is another step made by RATP in the preparations for transforming its fleet to completely zero emissions vehicles.

In May RATP also signed a contract with Solaris for delivery of the electric bus Solaris Urbino 8.9 LE electric with the option of extending the order for another e-buses with a total value of 10 million euros.

In barely eight years since the début of its first electric bus, Solaris has delivered or received orders for nearly 600 vehicles from customers in 17 countries. At the UITP Global Public Transport Summit 2019, the Polish producer is showing zero-emission vehicles that draw from the experience of over 15 million kilometers covered by its buses. The latest technological solutions regarding heating, cooling and the steering system were designed to help reduce energy consumption. 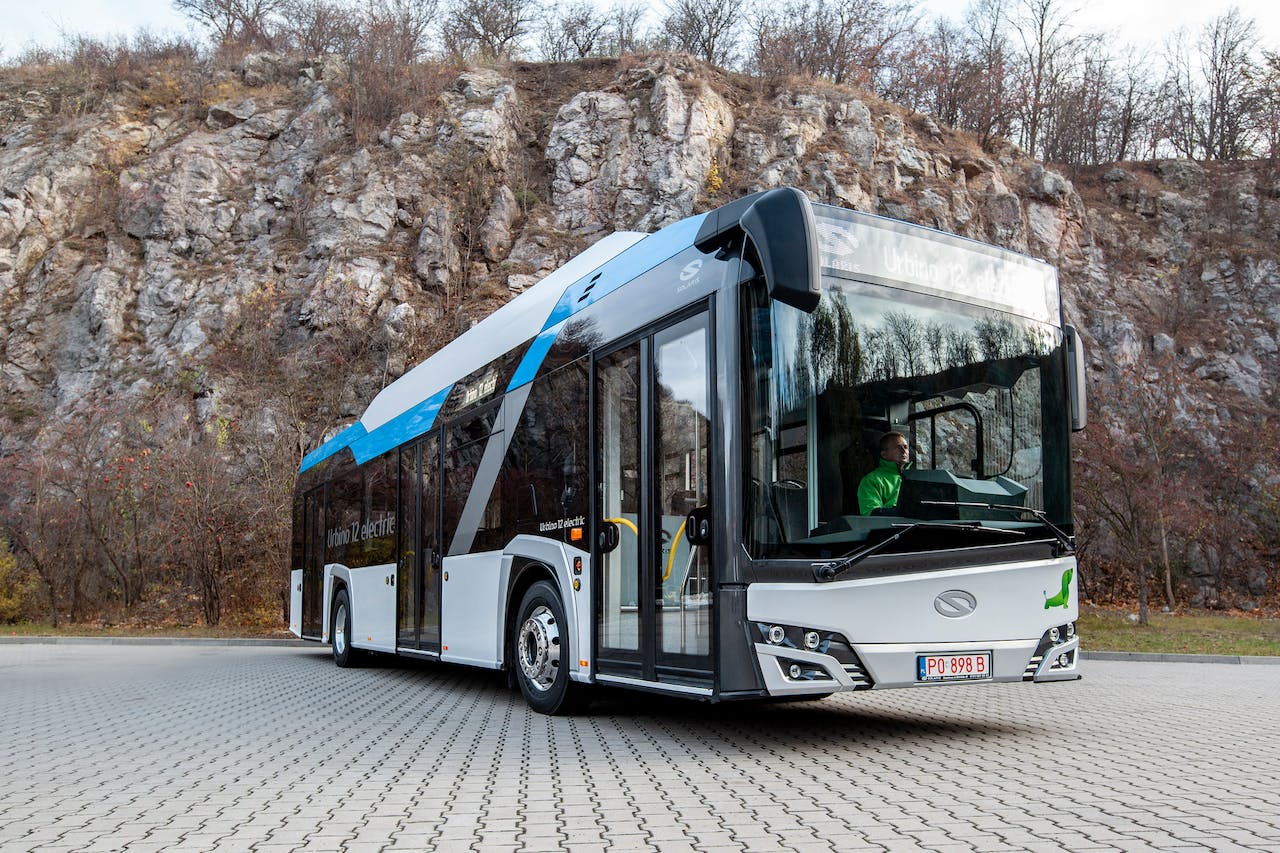 The drive unit of the Solaris Urbino 12 electric presented at the UITP Global Public Transport Summit 2019 consists of two electric engines with a peak performance of 125 kW each, installed in the drive axle. The energy needed to propel those is stored in Solaris High Energy batteries with a total capacity of 240 kWh. The vehicle version presented at the trade fair may be charged using a stationary external charger or a (34kW) onboard charger without the need to install additional infrastructure. The presented bus contains 28 passenger seats of which 12 are accessible from the low floor.

It is the Solaris Urbino 12 electric bus that was awarded the city bus of the year title in the “Bus of the Year 2017” contest.

From January 2019, a new standard applies to all vehicles from the Urbino and Trollino families.