Customer-driven updates to the S-Series include enhancements to the cab, increased hauling and improved handling. 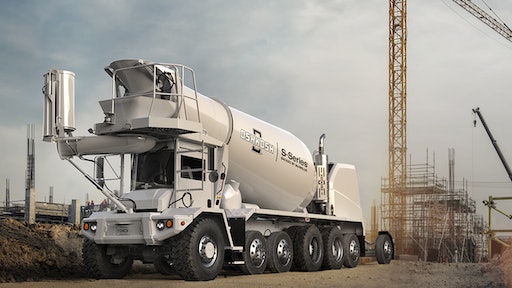 McNeilus Truck and Manufacturing, Inc., an Oshkosh Corporation company, has taken one of its most reliable and respected machines, the Oshkosh S-Series front discharge concrete mixer, and made it even better with an array of new features and technologies that pay off with better visibility, increased hauling capability and tighter turning radius.

“Our S-Series has always been known for strength, stability and reliability,” says Christopher Yakes, Vice President of Corporate Engineering and General Manager, S-Series Business. “And we’re excited to continue to enhance the total cost of ownership for our customers with this latest introduction.”

The reimagined Oshkosh S-Series backed by McNeilus was introduced by Yakes at the company’s Innovation Day and received enthusiastically by customers. Also speaking at the event were Wilson Jones, Oshkosh Corporation President and CEO and Rob Messina, Senior Vice President of Engineering and Technology.

Enhancements That Make the Biggest Impact

These new customer-driven innovations include:

The VXT300 is designed with a low overall height of just 11.5 ft. to efficiently transport spoils from the jobsite to the dumpsite.
Vermeer
September 3, 2021

The commercial turf care robot is purpose built for autonomous operation and is electrically powered to reduce emissions.
Husqvarna
August 9, 2021

The T1056X has a specified lift height of 56 ft., 6 in. and identical landing height due to inclusion of a horizontal sliding boom.
Pettibone LLC Heavy Equipment Group
June 23, 2021