Mineta Transportation Institute conducted a study to understand how quickly and efficiently drivers could takeover vehicle control if the autonomous technology failed. 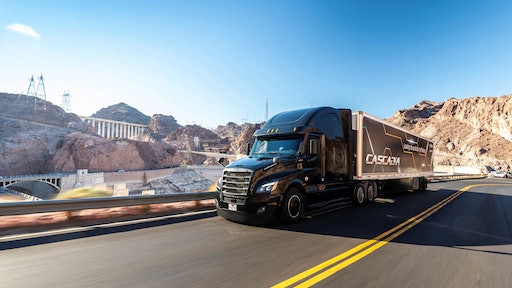 Autonomous Vehicle (AV) technology is quickly expanding its market and becoming more widespread on U.S. roads. Current vehicles still require the presence of a human driver and are thus regarded as "semi-autonomous." The role of the driver is an important one, as it requires both the constant monitoring of the vehicle's operation and outside environment, as well as the capability to immediately takeover control of the vehicle should a failure of the autonomous technology happen. But can a driver react in a safe and efficient manner after an autonomous technology failure scenario?

The Mineta Transportation Institute (MTI) recently published a new report, "Analysis of Disengagements in Semi-Autonomous Vehicles: Drivers’ Takeover Performance and Operational Implications" that explores the answer to such a question.

The study placed human drivers in a high-fidelity integrated car simulator capable of handling both human and autonomous driving. A population of 40 individuals was tested to understand how quickly and efficiently drivers could takeover vehicle control if the autonomous technology (AT) failed. “In the safety-critical situation of an AT disengagement, it is important to ensure that the human driver has enough time to react and respond effectively to the vehicle’s request for human control,” says Dr. Francesca Favaro, the project’s Principal Investigator in a short video interview about her collaboration with MTI.

“We tested control takeover metrics including response times and vehicle drift from centerline under several different scenarios,” notes Favaro. “Despite a small sample size, our results have important operational implications.”

From a regulatory standpoint, the preliminary results point to the importance of setting thresholds for maximum operational speed of vehicles driven in autonomous mode when the human driver serves as back-up, perhaps warranting a lower speed limit than conventional vehicles. This research shows that the establishment of an operational threshold could reduce the maximum drift and lead to better control during takeover. Unintentional drift also attests to the need for discussions on possible dedicated lane usage for autonomous vehicles and separation from conventional traffic, as well as for the possibility of increasing lane width in dedicated lanes for semi-autonomous vehicles. With regard to the age variable, neither the response times analysis nor the drift analysis provide support for any claim to limit the age of drivers of semi-autonomous vehicles.