Yokohama's net sales increased 15.9% during the first half of the fiscal year.

The Yokohama Rubber Co., Ltd., announces its business and financial results for the first half (January to June) of fiscal 2017. Profit attributable to owners of parent increased 38.7% over the same period of the previous year, to 11.4 billion yen, on a 16.8% increase in operating income, to 18.4 billion yen, and a 15.9% increase in net sales, to 310.8 billion yen.

The strong fiscal performance benefited from domestic and overseas sales gains in the company’s Tires segment, from sales gains in high-pressure hoses and in Hamatite-brand automotive sealants in Yokohama’s MB (Multiple Business) segment, and from the first-time inclusion of Alliance Tire Group B.V. in the company’s interim consolidated results. Yokohama acquired Alliance Tire Group, which produces tires for agricultural and forestry machinery and for other off-highway applications, on July 1, 2016, and has incorporated that company’s operations in its consolidated accounts as the ATG segment.

Earnings benefited from the sales increases, from price increases for tires that Yokohama instituted in Japan in April and subsequently, and from the weakening of the yen. Those positive factors more than offset the adverse earnings effect of an upward trend in raw material prices.

In Yokohama’s Tires segment, operating income increased 8.9%, to 13.1 billion yen, on a 6.4% increase in sales, to 221.5 billion yen. Business expanded strongly in the original equipment sector, led by continued growth in China and by growth in North America and in Russia. Business in the replacement sector increased in unit volume and in value. Yokohama’s replacement business in Japan benefited from a surge in demand in advance of the price increases instituted in April and from sales gains for the company’s global flagship brand, ADVAN, and for Yokohama’s BluEarth line of fuel-saving tires. The company also posted replacement sales gains overseas, supported by recovering demand in Russia and reflecting strong sales in North America and in Europe.

Operating income in Yokohama’s MB segment declined 7.9%, to 3.2 billion yen, on a 2.3% decline in sales, to 55.0 billion yen. The MB segment consists primarily of business in high-pressure hoses, Hamatite-brand sealants and adhesives and electronic equipment coatings, conveyor belts, antiseismic products, marine hoses and pneumatic marine fenders, and aircraft fixtures and components. Business in the MB segment benefited from recoveries in Chinese and domestic demand for high-pressure hoses for construction equipment and from growth in overseas sales of Hamatite-brand automotive sealants. Sales of industrial materials contracted despite overseas sales gains in conveyor belts as business shrank in marine products. Yokohama’s business in aircraft fixtures and components declined on account of weakness in the commercial sector.

In the ATG segment, operating income totaled 1.5 billion yen on sales of 30.3 billion yen. Global weakness in grain prices weighed on demand for agricultural tires. The market exhibited signs of recovery, however, and sales in the ATG segment accorded with management’s expectations in the original equipment sector and in the replacement sector.

Global economic recovery has lead to an increase in heavy equipment demand and a more positive outlook for 2021.
Sara Jensen
April 29, 2021 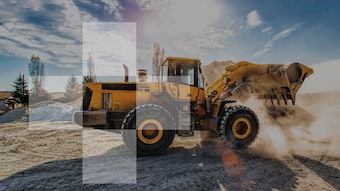