Proterra has signed a long-term agreement to supply its batteries for use in the Nikola Tre battery-electric vehicle and Tre fuel cell electric vehicle. 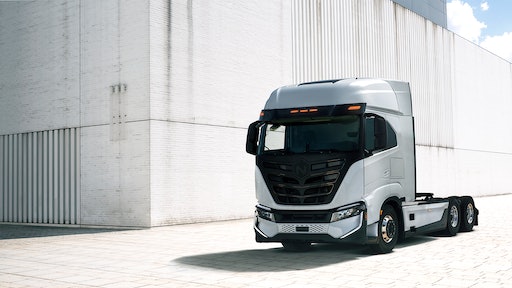 The Nikola Tre battery-electric vehicle will be powered by Proterra batteries.
Nikola Corp.

“Class 8 trucks play a vital role in the U.S. and global economy but today are some of transportation’s worst polluters. Decarbonizing the trucking industry is core to Proterra’s mission and we are excited to join Nikola on this journey to help drive heavy-duty trucking to zero-emissions,” said Gareth Joyce, Proterra CEO.

“With the growing demand for the Nikola Tre BEV and FCEV, we have actively pursued battery supply through a dual source strategy,” said Mark Russell, Nikola CEO. “We look forward to collaborating with Proterra, which is expected to bring industry-leading heavy-duty EV battery solutions to Nikola’s battery-electric and fuel cell electric vehicle platforms.”

Designed and manufactured in the United States, Proterra battery systems leverage industry-leading energy density and a customizable design to fit within a variety of vehicles.

Proterra recently announced it would open a new manufacturing facility in the U.S. for production of its batteries. This will help the company meet increasing demand for battery technology and supply of batteries for partnerships such as this one with Nikola.