Danfoss Power Solutions sees many benefits to the use of autonomy, and as such has developed a new machine controller to aid development of autonomous machines. 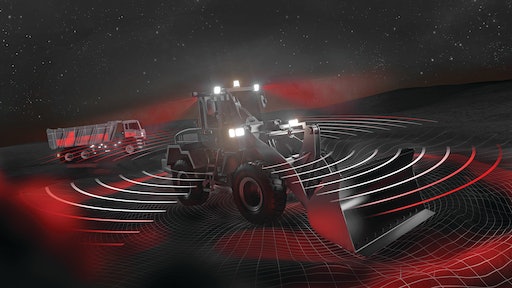 Off-highway applications provide a solid use case for autonomy due to the controlled environments in which most machines are used.
Danfoss Power Solutions

Danfoss Power Solutions is continuing to grow its autonomous technology solutions. The company recently introduced its new PLUS+1 XM100 autonomous machine controller which looks to ease development of autonomous off-highway equipment for OEMs.

The new controller enables integration of level 3 autonomy capabilities. Caleb Van De Stroet, Senior Technical Sales Engineer, Autonomy, Danfoss Power Solutions said during a recent webinar hosted by the company that this is the first autonomous controller Danfoss has released. He said it features a powerful CPU that is up to 10 times more powerful than the next closest controller released to date by Danfoss.

Inertial measurement unit (IMU) and GNSS receivers are integrated into the controller to enable machine location to be identified. An ethernet connection allows the connection of lidar sensors while several CAN ports are included for connection of radar and other sensors.

The new controller can be paired with Danfoss’ autonomous control library which can help OEMs speed up the design process and time to market for their autonomous machines. Several blocks of information are included within the autonomous control library which Danfoss has been working on for several years. These include positioning, navigation, perception and partner blocks. The various blocks can be stitched together to develop autonomous vehicle systems, which Van De Stroet said helps OEMs reduce their time to market.

Functions and features an OEM will want to integrate into its autonomous system, such as path following and obstacle avoidance, are built into these blocks. An OEM will have complete control over how they design their system and can make software updates when they choose. Van De Stroet said Danfoss’ goal is to reduce the workload for design teams 80% by including most general work functions and use cases of off-highway machines. He said this allows OEMs to focus their attention on what they know best, the specific functions and features of their equipment.

The company has already put several thousand hours of research and development into the autonomous control library and will continue making further investments to advance the software to meet industry needs.

For ease of use, many of the blocks can be dragged and dropped within Danfoss’ PLUS+1 software. Each block contains the necessary communication and controls to interact with and control components integrated onto a machine which will then allow autonomous functionalities.

Autonomy is a journey

According to Van De Stroet, autonomy is a journey along which many tasks can be automated. He said during the webinar there are six levels to autonomy:

Eric Alstrom, President of Danfoss Power Solutions, said autonomy is one of the three key areas the company is focusing its attention and investments.

Automotive on-highway autonomous solutions are currently very expensive, he said. They can be anywhere in the range of $40,000-100,000 per vehicle to make it autonomous and very few customers want to pay that. “In off-highway machinery, we have much longer payback cycles which makes it a better business case for the end users when it comes to autonomous solutions,” said Alstrom.

Another benefit to autonomy in the off-highway segment is its potential to help overcome the labor shortage much of the industry is currently facing. Finding experienced workers is becoming increasingly difficult; lack of experience can lead to decreased productivity and even cost and safety issues. By automating tasks, customers can be assured a job is being done correctly.

The newly released XM100 autonomous machine controller can handle several operator assist and autonomous subsystems. As such, an OEM can utilize it to automate machine functions and help end use customers create more productive and often safer job sites.