MarketsandMarkets reports the global autonomous tractor market will grow at a CAGR of 24.89%, driven by the improved efficiency and productivity of crop yield offered and government incentives for adopting new technology. 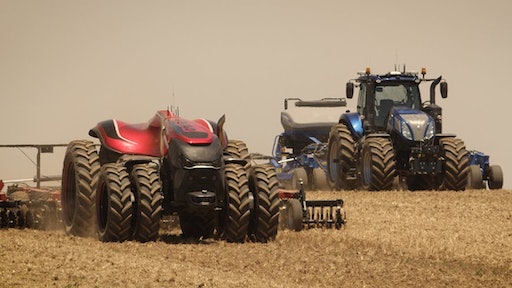 According to the report "Autonomous Tractors Market by Power Output (Up to 30 HP, 31-100 HP, 101 HP and Above), Crop Type (Cereals & Grains, Oilseeds & Pulses, Fruits & Vegetables), Farm Application, Component, and Region - Global Forecast to 2025", published by MarketsandMarkets, the global market is projected to witness demand for 12,508 Units in 2019 and 60,901 Units by 2025, at a CAGR of 24.89%. The growth of the Autonomous Tractors Market is expected to be driven by the improved efficiency and productivity of crop yield offered by these tractors and growth in initiatives by governments for the adoption of new technologies. The increase in average age of farmers in developed countries and decline in the availability of labor are also the major factors that will drive the demand for autonomous tractors in the near future.

On the basis of power output, the 101 hp and above segment will account for the largest share, followed by the 31-100 hp power output segment, in 2019. The demand for medium-powered tractors is expected to grow at a higher rate as compared to high-powered autonomous tractors, owing to the benefits of four-wheeled tractors such as better soil quality maintenance and control, and cultivating capacities with high fuel economy. These tractors are versatile and can be used for multiple applications on and off the field. Owing to these factors, most farmers prefer tractors in this range.

On the basis of component, the radar segment will account for the largest market share in 2019. Radar sensors can determine the velocity, range, and angle of moving objects and can work in almost all weather conditions. They are more cost-effective than LiDAR systems but more expensive compared to cameras.

North America will dominate the Autonomous Tractors Market in 2019

North America will account for the largest share of the Autonomous Tractors Market in 2019. The market is characterized by the presence of large-scale manufacturers, such as AGCO (US) and Deere (US) investing in the development of autonomous tractors. The higher disposable incomes of farmers, lack of trained farm labor, and well-developed technology are the primary reasons for the future expansion of the North American Autonomous Tractors Market.