BMT WBM announces it has signed a contract with a Chilean state owned copper mine to supply the company with its machine health, production and payload management system. 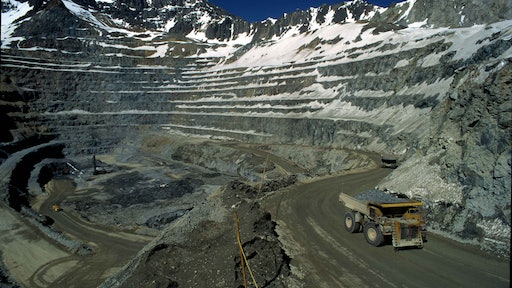 BMT WBM, a subsidiary of BMT Group Ltd, has announced that it has secured a major contract with Codelco, the Chilean state owned copper mining company to deliver its unique machine health, production and payload management system. The Pulse TerraMetrix RS will be deployed at Codelco’s Mina Chuquicamata situated in north Chile.

The system has been deployed on SHE 200 and 230, both of which are P&H4100 rope shovels and have provided valuable production and machine operating data to mine personnel. This enables the mine to improve machine productivity through targeted operator training programmes. The production data has also complimented mine planning strategies.

BMT developed the Pulse TerraMetrix RS system to manage machine health, production and payload measurement for the Canadian mining industry. The system is currently deployed in the Alberta Oils Sands and in Southern British Colombia.

Charles Constancon, Director of BMT WBM Canada explains, “The Pulse TerraMetrix system helps to overcome the accuracy issues commonly associated with shovel based payload monitoring systems. Previous calibration trials which were completed at several mine sites in North America confirmed that the system can repeatedly achieve accuracy levels of better than 5% error, 95% of the time, when compared against load scale data.”

Unlike other payload monitoring systems which apply electrical parameter estimation techniques to approximate the payload, the Pulse TerraMetrix system employs a robust, custom designed loadcell based device. The location of the loadcell in the immediate loadpath of the dipper, coupled with an accurate bi-axial servo based accelerometer measurements of the dipper motion, has allowed BMT WBM to offer an accurate, dynamically compensated payload measurement system.

The system developed for Codelco Mina Chuquicamata can communicate in real time through the mine wireless mesh to a server located in the mine’s administration offices. Data is saved in a SQL database and is accessible through an advanced server analysis programme located on the mine’s intranet. This feature has enabled maintenance, training and production staff at Mina Chuquicamata to easily access, process and analyse the data on a shift basis, to identify where production shortfalls arise and where further operator training is required.