Electropolishing vs. Passivation – Which is Best for Your Parts? 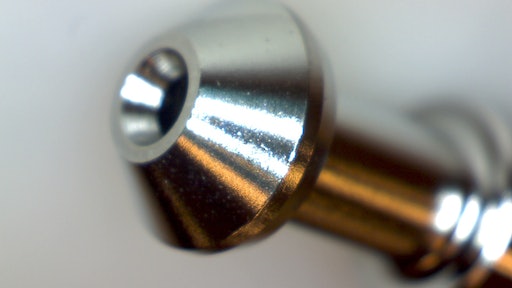 By Scott Potter, VP of Sales at Able Electropolishing

When it comes to engine components and other metal parts for on-highway trucks and heavy-duty construction vehicles, long term part performance is crucial. Passivation and electropolishing are two finishing processes that are commonly used to lengthen the lifespan and improve the performance of metal parts used in heavy-duty vehicles, but how can you determine which finishing technique is best for your parts?

The science behind corrosion resistance

Some metals, including stainless steels, are naturally passive – their precise chemical composition causes a thin oxide film to form on the outermost surface, protecting the metal from corrosion. However, this corrosion resistance only lasts as long as the metal surface remains uncontaminated. During the machining processes, metal parts are processed and manipulated with tooling made of different types of carbon and alloy steels. Small amounts of these metals embed themselves in the surface of the part, interrupting the oxide film and making the part more vulnerable to corrosion.

When a metal part reacts with its external environment and therefore vulnerable to corrosion, it is most commonly contaminated with free iron, and is said to be “active.” Passivation is the process of returning the metal part to its uncontaminated, passive, corrosion resistant state – more specifically, the term passivation refers to a specific chemical finishing process that is often employed to decontaminate metal parts.

Passivation and its limitations

The process of passivation involves submerging the metal parts to be finished in a citric or nitric acid bath, which removes surface contaminants, in an attempt to restore the part to its original corrosion specifications. Despite its efficacy in removing contaminants and improving corrosion resistance, metalworking companies are, in many instances, moving away from passivation in favor of electropolishing, which offers a far wider range of benefits and improves corrosion resistance up to 30 times better than passivation alone.

One reason for this shift is that passivation alone is insufficient in removing   contaminants from a metal part’s sub- surface: in many cases, another pre-cleaning process is necessary to obtain adequate results. Historically, pickling the parts in a hydrofluoric acid bath was the preferred method of removing embedded contaminants prior to passivation, but increasing EPA regulations have caused most companies to abandon the practice. Today, the use of aqueous systems, vapor degreasing and alkaline cleaning are the most commonly used pretreatments for parts to undergo passivation. Electropolishing, which is much more effective in removing contaminants, typically only requires degreasing and will almost always remove all contaminants with a single treatment.

Electropolishing: How it works

Similar to passivation, the process of electropolishing involves submerging the metal parts in a chemical bath. While the parts are attached to positively charged racks, a cathode is inserted into the chemical bath, and the negative charge draws out the positive ions from the surface of the metal parts. This “reverse plating” effect removes the outermost layer of metal and inconsistencies for a smooth, homogenous, shiny surface.

While the benefits of passivation end with contaminant removal and corrosion resistance, electropolishing offers a range of benefits that improve the lifespan and performance of the processed parts. Among these benefits is micro deburring: burrs are the small, unintended bits of displaced metal that remain on the surface of a metal part after it is formed, creating a jagged, uneven surface. They are especially common in stamped parts, particularly if the tooling is worn, or needs cleaning.

The electrical current used in electropolishing operates by the same principle as lightning, which will always strike the highest point on a surface. As metal burrs protrude from the surface of a part, making them the “highest” point, electropolishing is effective in removing small burrs to create a smooth, consistent surface. For larger burrs, a conventional deburring method may need to be used prior to electropolishing.

Getting oversized parts into tolerance

When multiple parts are working together in a machine, such as interlocking gears, the sizing of the parts must be precise to ensure that they fit and function as intended. Industries have defined tolerances, or degrees by which the size of a part may vary before becoming a problem. When a part is out of tolerance, it is at risk of prematurely wearing, causing issues with function, and placing unnecessary stress on the system as a whole.

Sometimes, metal parts are machined correctly, but outside factors such as heat treating can cause the part to expand slightly, bringing it out of tolerance. In these situations, few options offer precise enough control to safely and effectively remove just enough material to bring the part into tolerance. While passivation can only address concerns about corrosion resistance, electropolishing allows for a high degree of control over the amount of metal removed, making it perfect for treating slightly oversized metal parts.

Some degree of surface roughness and imperfection is to be expected following the fabrication of metal parts. As electropolishing naturally targets the peaks on the surface of metal parts, it decreases the variance, resulting in a smoother finish. Typically, electropolishing can be expected to decrease the Ra value (roughness) of a part by as much as 50%. This smooth microfinish translates to less stress on threaded parts and improved sealing surfaces. In the automotive industry, this means better fuel economy, less harmful emissions, and a longer lifespan.

Passivation may be an appropriate solution for finishing your metal parts if all you need is to remove contaminants from the surface and slightly improve corrosion resistance. For most automotive applications, particularly those involving heavy vehicles, smooth, consistent surfaces are crucial in improving long term performance and lifespan, so electropolishing is a superior solution.

In addition to all its functional benefits, electropolishing also results in a bright, shiny surface that is visually appealing which cannot be achieved with passivation.

Scott Potter is the Vice President of Sales at Able Electropolishing Co., Inc., the world’s largest electropolishing specialist. Scott manages sales and marketing efforts which largely include educating metalworking companies about the effectiveness and added value of electropolishing and other types of metal finishing they provide.