One of the bills AEM supports, H.R. 2900, would create a U.S. Chief Manufacturing Officer who will be responsible for coordinating manufacturing-related policies and activities across federal agencies. 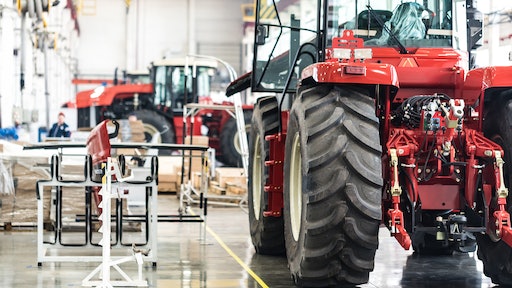 AEM supports the creation of a U.S. Chief Manufacturing Officer to drive the development of a national manufacturing strategy.
©Yakov – stock.adobe.com

The Association of Equipment Manufacturers (AEM) announced its endorsement of a pair of House bills that will better recognize the contribution of manufacturing to the U.S. economy and reposition U.S. manufacturing as a global leader.

“We are calling on our elected officials to prioritize the development of a comprehensive national strategy to strengthen manufacturing in America,” said Dennis Slater, President of AEM. “H.R. 2900 will provide the policy guidelines and sustained focus and support needed to revitalize our economy and secure our industry’s long-term competitiveness in the 21st century economy. We call on Democrats and Republicans in the U.S. House to pass this legislation.”

H.R. 2900 would create a U.S. Chief Manufacturing Officer (CMO) who will be responsible for coordinating manufacturing-related policies and activities across federal agencies. The CMO would also be tasked with developing a national strategy to revitalize the manufacturing sector, spur economic growth, and increase the sector’s competitiveness around the globe. H.Con.Res.28 would officially recognize the first Friday in October as Manufacturing Day, highlighting the critical role that the manufacturing industry plays in the growth and prosperity of the U.S. economy and raise awareness of the important investment and career opportunities the sector provides.

AEM’s endorsement of H.R. 2900 comes after the trade group endorsed similar legislation introduced by Senator Gary Peters of Michigan earlier this year. S. 4194, National Institute of Manufacturing Act. AEM was the first organization to call for a comprehensive national strategy for manufacturing “to strengthen the economy, create new jobs and opportunities, and ensure the U.S. is the best place in the world for equipment manufacturers to innovate, manufacture, and do business.”

Currently, there are 58 manufacturing-related programs across nearly a dozen federal agencies, making it unnecessarily difficult and expensive to carry out its missions and impossible to estimate total federal investment in manufacturing. AEM believes that a coordinated national effort would significantly increase efficiencies and collaboration across existing federal manufacturing programs, reduce wasteful spending and improve the ability and accountability of the federal government to respond to rapid changes in the global manufacturing landscape.