The April 2021 report shows that 56% of metalforming companies forecast an improvement in economic activity, though increased lead times for steel and other materials pose challenges. 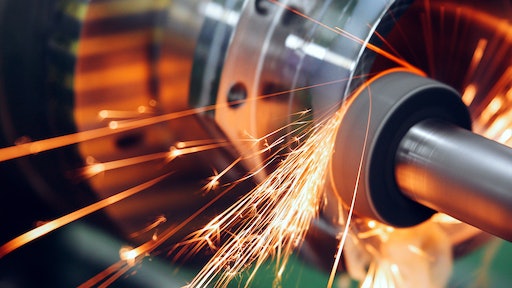 Metalforming companies remain optimistic for improved business conditions during the next 3 months, but continue to report longer lead times for steel and other materials, according to the April 2021 Precision Metalforming Association (PMA) Business Conditions Report. Prepared monthly, the report provides an economic indicator for manufacturing, sampling 106 metalforming companies in the United States and Canada.

PMA’s April report shows that 56% of metalforming companies forecast an improvement in economic activity in the next 3 months (compared to 50% in March), 37% predict no change (compared to 41% in March) and only 7% anticipate a decline in activity (compared to 9% in March).

However, the April report indicates that lead times continue to increase. When asked about lead times compared to the previous 3 months, 64% of respondents say that they have increased, up from 60% in March. Increases have continued each month since September 2020, when only 16% reported increased lead times.

“Metalforming manufacturers continue to report improved business conditions, but also are experiencing growing challenges in finding steel and other raw materials needed to meet growing demand,” said PMA President David Klotz. “Our members report increased lead times for steel, aluminum, copper, brass and other metals. Steel prices are at near record highs, making it difficult for U.S. manufacturers to compete. Some of our members report paying 40% more for steel than their overseas competitors. PMA continues to call on the Biden Administration to terminate the Section 232 steel and aluminum tariffs, which no longer are needed and are one of the main causes for chaos in the market.”

Current average daily shipping levels rose in April, with 72% reporting an increase (up from 63% in March), 23% reporting no change (compared to 20% last month) and only 5% reporting a decrease (down from 17% in March).

The survey also revealed an expectation that incoming orders will continue to trend upward in the next three months, with 58% forecasting an increase in orders (up from 54% in March), 33% predicting no change (the same percentage reported last month) and 9% anticipating a decrease in orders (compared to 13% in March).

Metalformers expect a rise in incoming orders in the next 3 months, with 50% of respondents to PMA's January Business Conditions Report forecasting an increase in orders.
Precision Metalforming Association (PMA)
February 11, 2021

The company is providing its manufacturing expertise to help with the acceleration of battery-electric commercial vehicles.
Sara Jensen
February 2, 2021

According to the December PMA Business Conditions Report, 49% of metalforming companies expect no change in economic activity in the next 3 months.
Precision Metalforming Association (PMA)
December 29, 2020

The investment includes capital expenditure that will make the company's facilities more competitive and enhance their ability to innovate.
DEUTZ Corporation
December 23, 2020
Follow Us