"Preventing the misuse of Section 232 tariffs as a blunt negotiating tactic is crucial to both our national and economic security," says AEM President Dennis Slater. 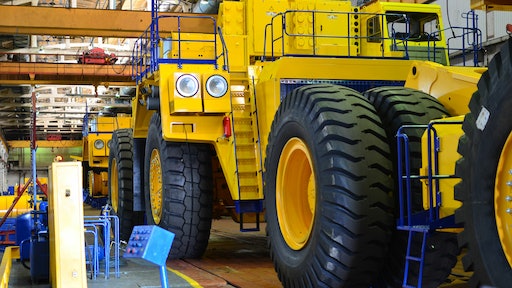 Tariffs on steel and aluminum have increased material costs for many heavy equipment manufacturers.
©MaxSafaniuk – stock.adobe.com

Dennis Slater, President of the Association of Equipment Manufacturers (AEM), has released a statement which emphasizes the equipment manufacturing industry's support for the Trade Security Act recently introduced by several U.S. Senators. The new legislation aims to reform Section 232 of the Trade Expansion Act of 1962 which has been used to apply tariffs to a variety of goods imported into the U.S.

“Tariffs have caused considerable damage to equipment manufactures across this country and have undermined the industry’s competitiveness in the global economy,” said Slater. “In particular, the use of Section 232 of the Trade Expansion Act of 1962 to impose tariffs on steel and aluminum has significantly raised the production costs for equipment manufacturer[s] and resulted in harmful retaliatory tariffs by trading partners. Section 232 is intended to be used solely to combat real national security threats—not as an excuse to raise blanket tariffs on other countries. Preventing the misuse of Section 232 tariffs as a blunt negotiating tactic is crucial to both our national and economic security. The Association of Equipment Manufacturers applauds Senators Portman, Feinstein, Ernst, Sinema, Fischer, Wicker, and Young for reintroducing this thoughtful and vital legislation and for their ongoing efforts to rein in in a president’s ability to misuse Section 232.”

Under the previous presidential administration, tariffs were placed on several goods, including steel and aluminum imported into the U.S. from other countries. This lead to higher material costs for manufacturers in a variety of industries, including those in the heavy equipment industry.

A report from Tariffs Hurt the Heartland released in September 2019 indicated tariffs cost American businesses and consumers $6.8 billion in July of that year. This was the highest monthly total in history.

Businesses and associations like AEM urged the previous administration to reconsider these actions, noting the harm it was causing to manufacturers. And they continue to emphasize the issues these tariffs have caused.

Recently, the presidents of the U.S. and EU announced a suspension of tariffs on some goods exchanged between the two countries. During the 4-month suspension they will work toward finding a solution to the trade issue which benefits both parties. Trade tensions between the U.S. and China, however, continue to be strained and a work in progress.

According to a press release from the office of Senator Portman, the goal will be to make common-sense reforms which require the Department of Defense to justify the national security basis for new tariffs under Section 232. It will increase congressional oversight of the process.

“We must hold countries that violate our trade laws accountable, but we must do so in a way that protects American jobs and strengthens the U.S. economy,” said Senator Portman in the press release. “I originally introduced this bill over concerns regarding the previous administration’s intent to misuse Section 232 statute to impose tariffs on automobiles and auto parts, which would have a devastating impact on Ohio jobs and the U.S. economy as a whole. This bipartisan legislation preserves this trade tool while properly placing the national security designation at the Department of Defense and expanding the role of Congress in the process. As a former U.S. Trade Representative, I know that misusing our trade tools not only hurts our exports and our manufacturers, but also our consumers, so I urge my colleagues to support this bipartisan legislation.”

Per the press release from Senator Portman's office, the bill will: