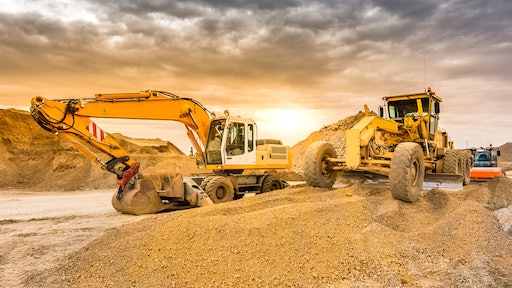 Association of Equipment Manufacturers (AEM) Senior Vice President of Government and Industry Relations Kip Eideberg issued the following statement on October 1 after a lack of progress was made on passing the bipartisan infrastructure bill.

"If our elected representatives in Washington do not vote on and pass the Infrastructure Investment and Jobs Act today, they will have let down equipment manufacturers and the 2.8 million hardworking men and women of our industry. Equipment manufacturers show up to work every day, even during a global pandemic, because they know that Americans count on them to make the equipment that build, power, and feed our nation. It is utterly inexcusable that our elected representatives are unwilling to do the same. The all-at-once or nothing mentality that currently pervades Washington is not conducive to the bipartisan leadership and constructive governing necessary to move our country forward. The hardworking men and women of our industry deserve to know why our elected representatives in Washington do not have the courage to put country over party and support a bill that will ensure our industry’s long-term economic growth and prosperity, and improve the lives of all Americans. We urge the U.S. House of Representatives to pass this bipartisan, commonsense bill today.”

Where does the infrastructure bill currently stand?

Debate is ongoing among lawmakers on the Infrastructure Investment and Jobs act after House Democrats came to an impasse on the bill which could have lead to its approval. Instead, lawmakers issued an extension of the surface highway program to ensure funding would not lapse for federal highway and public transportation projects.

Per an article from our colleagues at ForConstructionPros.com on the current state of the infrastructure bill:

The [Democratic] party’s progressive and moderate wings remained at an impasse on a path forward for a $3.5 trillion social infrastructure and climate change reconciliation package and progressives are withholding their votes for the infrastructure bill until a resolution is reached. Democrats have a narrow majority in the House and need support from virtually all members in the chamber to overcome the opposition from most Republicans to the historic infrastructure investment bill.

After President Biden visited Capitol Hill, he had brief remarks regarding the ongoing negotiations on his major economic package.

"Doesn't matter whether it's in six minutes, six days or six weeks, we're going to get it done," Biden said.

The high-stakes visit to the Hill by the President comes as some Democrats have been calling for Biden to play a more active role in the negotiation process. Inaction has caused the industry and those in Washington to question if the infrastructure bill will have enough support to ever pass.

House Republicans who were previously planning to support the $1.2 trillion infrastructure bill are now rethinking their votes after President Biden’s visit to the Hill, saying it’s clear that the bill is linked to reconciliation, according to GOP sources.