Maplesoft has established a North American Modelica Users' Group to help facilitate the exchange of ideas and help address modeling problems within the global Modelica Association. 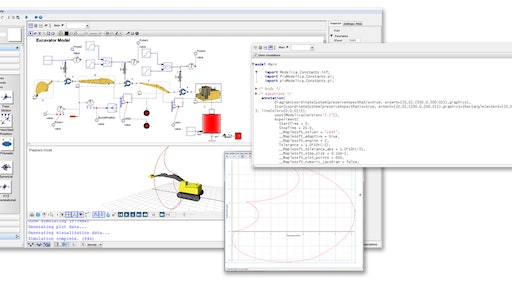 Maplesoft announces the founding of the North America Modelica Users’ Group, a tool-neutral organization founded to provide a forum for exchanging ideas, addressing modeling problems and promoting the North American perspective within the global Modelica Association.

Established in Europe by a consortium of academic and commercial partners, Modelica is an open standard language for developing high-fidelity models of engineering systems. MapleSim, Maplesoft’s system-level modeling and simulation platform, is based on the Modelica language.

Over the last few years, Modelica has spread extensively beyond Europe and is enjoying growing popularity in the United States and Canada. The North America Modelica Users’ Group has been established to address issues that are often prevalent – and sometimes unique – within North American industry and academia.

Maplesoft’s support for the Modelica standard has grown over the years, culminating in the release of MapleSim in 2008. MapleSim allows a wide range of engineers to access the power of Modelica for developing simulations of multi-domain systems (mechanical, electrical, hydraulic, etc). With the recent launch of MapleSim 6, many enhancements have been included to further support the use of Modelica.

“We have watched Modelica grow from an academic initiative in the early days, to a major force in the engineering simulation world today,” says Jim Cooper, President and CEO of Maplesoft.  “We are pleased to use our resources to support the growth of this standard in the US and Canada, and look forward to partnering with other Modelica enthusiasts in this initiative.”

The organizing committee for the Group will include long-term advocates for the standard, academic and industrial users, as well as representatives from Maplesoft and other tool vendors.