Europe’s latest round of emissions legislation will introduce a PM number limit, requiring many engine manufacturers to reevaluate their aftertreatment system designs. 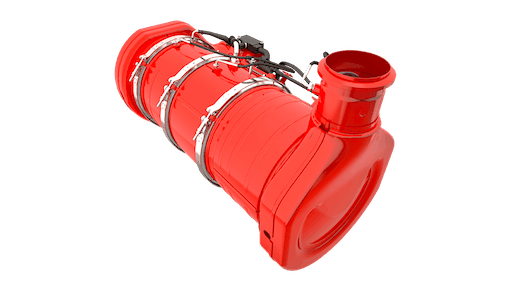 On September 25, 2014, the European Union (EU) Commission released its proposed Stage V emissions regulations for internal combustion engines installed in non-road mobile machinery (NRMM). The regulation is currently set to go into effect at the beginning of 2019; when it does, Europe will have the strictest emissions regulation to date.

Under Stage V, all previously unregulated engines below 19 kW and above 560 kW will now also be required to reduce emissions output. One of the reasons for this expansion of covered engine ranges was the EU’s findings that some member states were still not meeting the emissions reduction targets put forth by the ambient air quality directive. Cities in particular are areas having difficulty meeting the emissions targets due in part to the fact the more compact equipment that is used in these areas generally have smaller engines which are not yet regulated.

The biggest change associated with Stage V is the introduction of a particle matter (PM) number limit in addition to the PM mass limits, which will be tightened from 0.025 to 0.015 g/kWh for some engine categories. As the regulation currently stands, the particle number (PN) limit would be 1×1012 kWh-1 for engines in the 19 to 560 kW range. However, since the regulation is not yet finalized there is a chance that limit value could change, though most manufacturers believe it will stay as is. With the introduction of the PN limit, it will now be necessary to use a diesel particulate filter (DPF) in order to meet the emissions regulations. This is because the closed channels of a particulate filter are capable of accumulating PM while allowing the remainder of the gas to flow through the channel’s porous walls, says Federico Gaiazzi, Vice President of Marketing & Product Management for FPT Industrial.

Bryden Clewlow, Director of Cummins Off-highway Sales, Europe, says the Stage V regulation will effectively require the removal of 99.9% of PM from emissions and can only be accomplished using a DPF due to its ability to trap ultra-fine particulates down to 23 nanometers (nm) in diameter. “No other type of exhaust aftertreatment can achieve this degree of PM capability,” he says.

Clewlow says a key driver for Cummins’ Stage V development program was to minimize the impact of needing to use a DPF. To accomplish this, Cummins Emissions Solutions developed the EcoFit Single Stage Module aftertreatment system which was introduced earlier this year at INTERMAT 2015 (read more, 12067173). The EcoFit module combines the emissions capability of a DPF to remove PM together with selective catalytic reduction (SCR) for NOx removal into a single unit, explains Clewlow. It is up to 60% smaller and 40% lighter than current combined SCR and DPF systems on the market. “The Cummins EcoFit Single Stage Module introduces a far more efficient emissions removal capability while significantly reducing the packaging envelope compared to separate DPF and SCR systems,” he says.

“The overall engine and aftertreatment installation envelope will be reduced in size at Stage V compared to that at Stage IV,” he adds. The engine’s electronic interface with the machine will remain the same, and the smaller engine and aftertreatment package means heat rejection will not increase and thus not require additional cooling components. “With this system, no significant changes will need to be made to the engine in order to meet the particulate count requirement,” says Clewlow.

Gaiazzi says FPT will continue to use the SCR only strategy it’s employed to meet the previous regulations. However, he notes the company’s HI-eSCR (high efficiency SCR) technology will be developed further and most likely will have a particle filter integrated into the SCR to meet Stage V and minimize impact to the layout of the aftertreatment system. “Our aim with this is to make the evolution as cost-efficient for manufacturers as possible, reducing layout changes to a minimum,” says Gaiazzi. “Therefore, no further investment is required from the vehicle manufacturer.” Additionally, the next generation system will feature new materials to help improve its effectiveness at low temperatures.

Why a Stage V?

The commission states in its Stage V proposal that engines used in NRMM account for roughly 15% of NOx and 5% of PM output in the EU. And while the previous regulations helped reduce emissions, there were still some shortcomings—such as certain engine ranges not being covered and the legislation no longer reflecting the current state of technology—which it aims to address with Stage V.

As part of its efforts to cover more engine ranges, those powered by fuels other than diesel—including natural gas and biofuel—will also now be regulated. In-use testing provisions will be introduced for the first time for NRMM engines, as well. The goal is to test the engines as they’re being used in a piece of machinery operated over its normal duty cycles in order to get a more accurate picture of emissions output in real-world conditions. Pilot programs to develop in-use testing procedures are currently under investigation.

Recent investigations into the health effects of diesel exhaust emissions and PM also prompted the EU to introduce the new regulation which found the size of particles have a significant contribution to adverse health issues. Implementing a PN limit for Stage V is the best way to minimize this says the commission in its proposal. The PN limit is in line with those introduced in the on-road sector by Euro 6.

Deadlines will be key

Adoption of the final Stage V regulations, including the testing procedures, is slated for December 31, 2016. Once finalized, engines between 0 and 56 kW and those over 130 kW will need to meet the regulation by January 1, 2019 while 56 to 130 kW engines have a deadline of January 1, 2020.

Clewlow says Cummins initiated its Stage V product development plan over two years ago in order to meet the proposed 2019 deadline. “Within the program we have factored in extensive time to undertake concept installations and an extensive field test program,” he explains. “Our aim is to have proven, production-ready engines in advance of the Stage V effect date and we are well on schedule to achieve that.”

During INTERMAT 2015 (event information, 10283874) other engine manufacturers displayed their readiness for the upcoming regulation, as well. Deutz AG announced during the show its 2.9 to 7.8 liter engines are already capable of meeting the regulation as it currently stands, and identified those engines at its booth with “Stage V ready” logos (read more, 12065583). According to the company, because it had already made re-designs to a large portion of its engine range from scratch and implemented the latest exhaust aftertreatment technology, which includes the use of a sealed DPF, its engines already conform to Stage V.

While some engine manufacturers have expressed their preparedness for the new regulation, there has been some concern expressed by the industry on the length of the transition period. The Committee for European Construction Equipment (CECE) says the transition period is not sufficient enough for all manufacturers and the regulation should be approved by the end of 2015 or early 2016 in order to provide enough time for the industry to develop the necessary technologies.

In its position paper on Stage V, CECE states three main challenges for construction industry OEMs including the lack of a “one size fits all” solution to meet the various applications the industry covers—many of which are niche markets—the length of time required for machine re-designs and timely availability of engines compliant with the new regulation. CECE says installation of a new-stage engine typically requires the re-design of a machine model which can take two to three years. For manufacturers who design machinery for various applications, this can require significant R&D time and effort. And if the OEM is one which does not manufacture its own engines, it is reliant upon suppliers to provide information and prototype engines in a timely manner, before the completion of the machine re-design. CECE believes extending the transition and machine production periods by six months—which is currently being considered by the EU—would make it easier for manufacturers to meet the emissions targets. “Only sufficient lead time allows manufacturers to develop and implement effective long-term product development strategies,” states CECE in its position paper.

Igor de Liefde, EU Product Regulations, Hitachi Construction Machinery (Europe) NV, says that as an OEM, Hitachi has been working closely with its engine suppliers to ensure it receives timely information about design specifications for Stage V engines. Because the regulation is not yet finalized, though, there is still time for changes to be made which could affect the company’s ability to complete its machine re-designs in a timely manner. “The introduction of Stage V will cause huge challenges to have machine re-designs ready in time, but we are willing to take that challenge,” says de Liefde. “However, we are positive that a slightly longer transition period is being considered.”

He says a staggered approach to the introductory dates for the various engine power ranges will be most beneficial for OEMs who develop a wide range of products. CECE agrees, and supports the proposed 2019 and 2020 introductory dates. However, it says any delay in the legislative process or changes to the staggered introductory schedule would prove challenging for manufacturers and approval authorities.

“It is very important that the regulation reflects a proper balance of interests,” concludes de Liefde. “We are aware of our responsibility to contribute to improving air quality but it would be a waste of efforts if machines meeting very stringent legal requirements are not bought by customers because they are too expensive or not able to be operated in an efficient or reliable way. It would cause less environmentally friendly machines to remain in operation for a longer time, mitigating the intent of the legislation.”