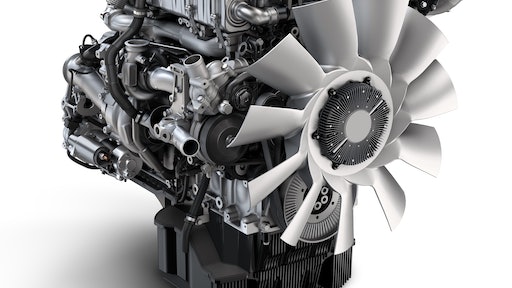 In February, Daimler Trucks North America (DTNA) subsidiary Detroit Diesel Corporation increased its engine-portfolio. The Detroit DD8 is built in the Detroit components plant and powers medium-duty trucks. Depending on output, the 6-cylinder engine with 7.7 L displacement releases between 260 and 350 hp. By introducing the DD8, Daimler is ahead of the competition in the rollout of its global platform-strategy for drivetrains. Over the last 4 years, Daimler Trucks has invested around 285 million euro in the renewal of its engine portfolio in North America.

Daimler introduced its heavy-duty truck engine platform in 2007. In 2013 medium-duty engines were added to the strategy. Since then the amount of DTNA trucks with Detroit engines has been growing continuously. For customers in North America it used to be very common to power their commercial vehicles with engines by other brands. However, not so with Freightliner and Western Star trucks: 95% of customers decide on engines by Detroit. Especially as part of the integrated drivetrain by Detroit it offers a higher efficiency and lower maintenance costs.

At the moment sales numbers and orders of Daimler trucks in NAFTA are on a strong rise. For this year, Daimler Trucks is expecting sales number to be significantly higher than last year. In 2017, Daimler Trucks already increased sales significantly in NAFTA – they went up 13% to 165,012 units (PY 145,701 units). In 2017 overall, with a market share of 39.8% (PY 39.3%) in weight Classes 6-8, Daimler Trucks was undisputed market leader in medium- and heavy-duty segments in North America.

Extensive testing of an upgraded hardware configuration reveals that Volvo Penta’s D5 model in its EU Stage V off-road engine range can now be offered at 175 kW (238 hp).
Volvo Penta of America
May 2, 2018

The new Yanmar engines will extend the company's power range up to 155 kW, and will be EU Stage V certified.
Yanmar Holdings Co. Ltd.
February 8, 2018

Cummins has introduced four new engine models capable of meeting Stage V and Tier 4 Final emissions regulations without the use of an EGR.
Cummins Inc.
April 11, 2016

Cummins Introduces B6.7 and L9 Engines at The Work Truck Show 2016

At bauma, Cummins will exhibit its next generation of engines designed to meet Stage V emissions regulations while also providing up to a 10% improvement in power and torque.
Cummins Inc.
February 1, 2016

The Cummins ETHOS 2.8L engine running on E-85 demonstrated a 50 to 80% reduction in carbon dioxide emissions during testing over the past two-and-a-half years.
Cummins Inc.
July 17, 2014

Gradall's relationship with MTU as its sole engine supplier is helping to transition to Tier 4i compliant machines.
July 16, 2014