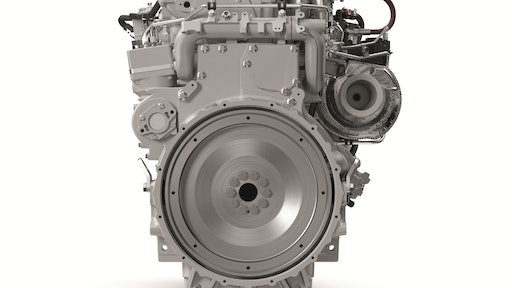 At Agritechnica 2019, MAN Engines will be presenting its new 16.2-L diesel engine for agricultural machinery for the first time. It is the most powerful six-cylinder in-line engine ever developed by MAN Engines for agricultural machinery, and has been designed specifically for off-road applications requiring the highest levels of power. This powerful model offers by far the highest power density in this capacity category for agricultural applications, making it ideally suited for use in heavy-duty agricultural machinery with demanding load profiles, such as forage harvesters or large combine harvesters. The engine also bridges the gap in power outputs that currently exists between the six-cylinder in-line engine D3876 with 15.3 L displacement and the V12 engine D2862 (24.2 L) in MAN’s engine range.

The global innovation can be viewed at Agritechnica between November 10 and 16 at the exhibition center in Hanover, at booth D41 in Hall 16. MAN Engines’ exhibition space, which measures more than 200 sq. m, will also play host to the 9-L D1556 diesel engine, the E3268 gas engine and the company’s modular exhaust gas aftertreatment system. Alongside these exhibits, MAN Truck & Bus will also showcase a special agricultural truck that demonstrates the versatility of trucks in the agricultural sector.

The MTU dual-certified engines meet Tier 4 and Stage V emissions regulations, and optimized to for use in various off-highway applications.
Rolls-Royce Solutions GmbH
May 26, 2020
Follow Us